Wallaby No 8 David Pocock has been declared fit to start against England at Twickenham on Saturday.

The breakdown specialist has only played a bit-part role in training this week but Eddie Jones claimed his fitness concerns were a bluff.

Pocock was England’s nemesis at the 2015 World Cup and he will combine with fellow poacher Michael Hooper. 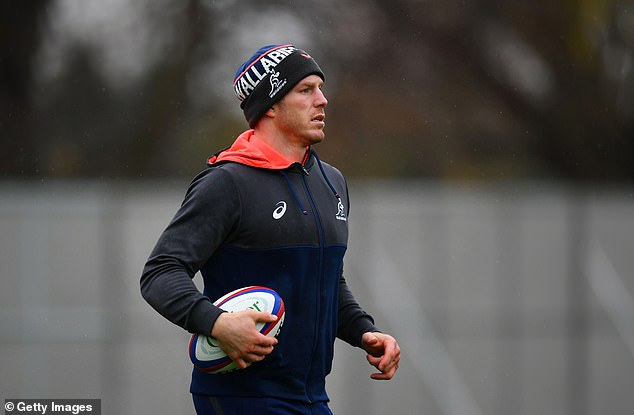 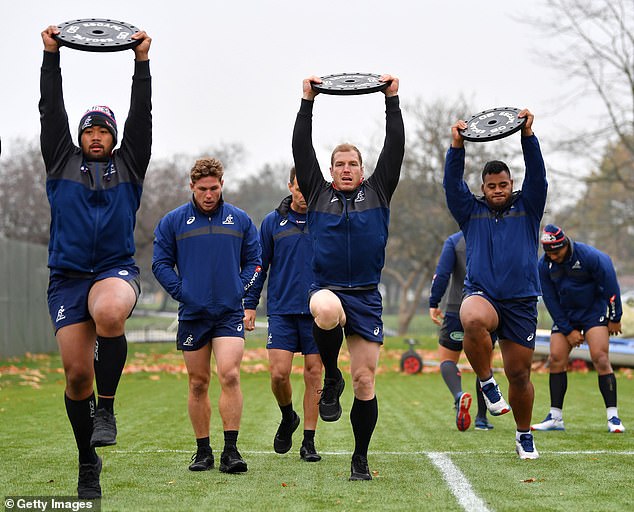 Pocock, pictured in training on Thursday, hasn’t had a full week of training with his team-mates 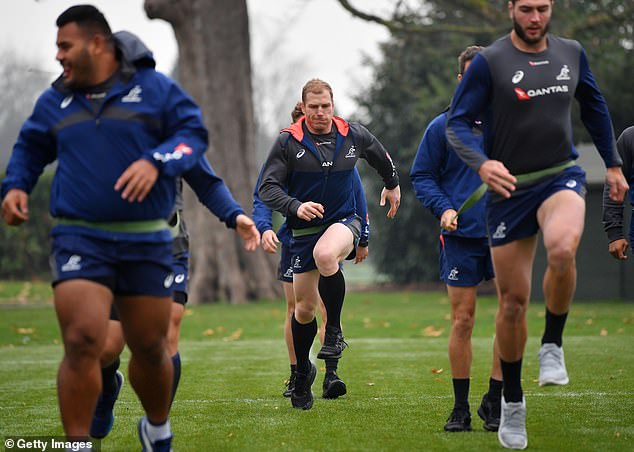 The No 8, a breakdown specialist, was England’s nemesis at the 2015 Rugby World Cup

Jones said: ‘We’re not even thinking about it. I hear this every time we play Australia – Pocock’s not going to be fit – so when I heard it I thought: “Here we go again.” You know those merry-go-rounds? It’s a bit like that.’

Scrum-half Will Genia will win his 100th cap in the autumn series finale, but former Wasps dynamo Kurtley Beale has been left out of the squad altogether.

Michael Cheika has made five changes to his side that beat Italy, with Matt Toomua and Bernard Foley combining as the dual playmakers ahead of Beale. 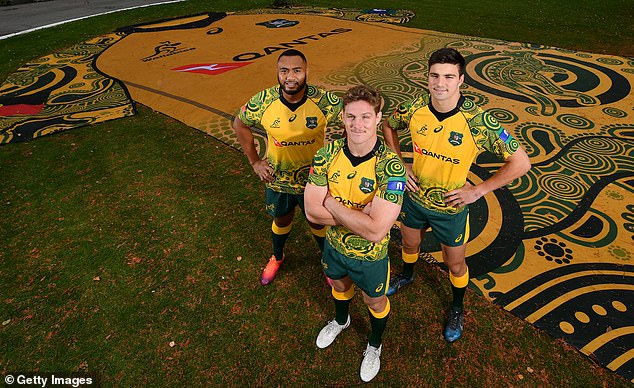 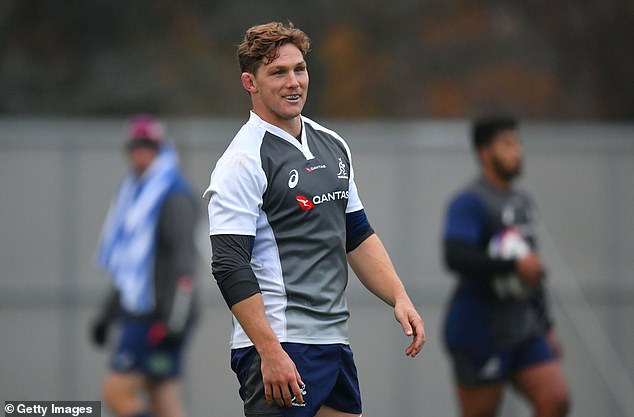 Australia have lost their last five Tests to England and they will look to their dynamic pack to stem the Red Rose gameplan.

Jack Dempsey will join Hooper and Pocock in the back-row, with 102-cap prop Sekope Kepu brining experience to the tight five.