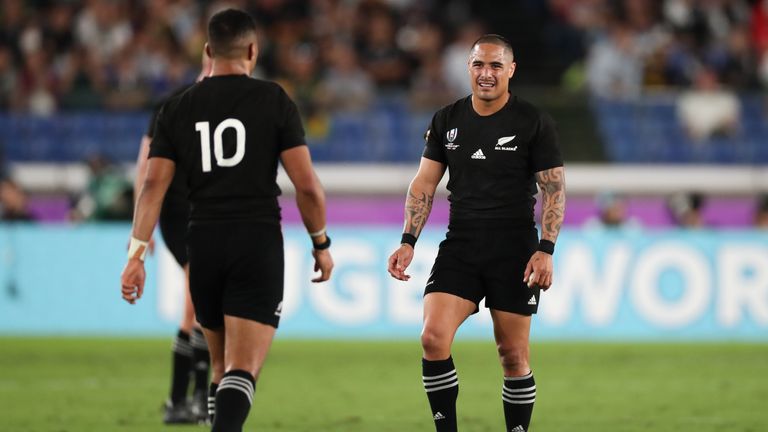 Aaron Smith says New Zealand’s 23-13 victory over South Africa “felt like a final” and helped relieved some of the pressure on them that had been building.

The All Blacks lost 36-34 to South Africa in Wellington in September 2018 before the sides drew in the same city in July of this year.

New Zealand have also been usurped by first Wales and now Ireland as the world’s No 1 ranked side ahead of the World Cup, where they are attempting to claim their third successive crown in Japan.

Smith’s side also suffered their first two defeats ever to Ireland in the last four-year cycle, meaning Saturday’s victory in Yokohama provided a confidence boost in a battle of two of the heavyweights of world rugby.

“Once the Rugby Championship was over and the team was named it was all about this game,” said the Highlanders scrum-half.

“It was weird right now, it was such a build-up for me, it felt like a final and it was just such a great performance to be a part of.

“Emotionally it was a big build-up, and being out there, the heat, I’m really happy with how we performed.

“We’ve been under pressure a little bit, we had a draw in Wellington playing them, we’ve had mixed performances between now and the last World Cup.

“So it was really great to win the little things that we really wanted to prove we could do well.