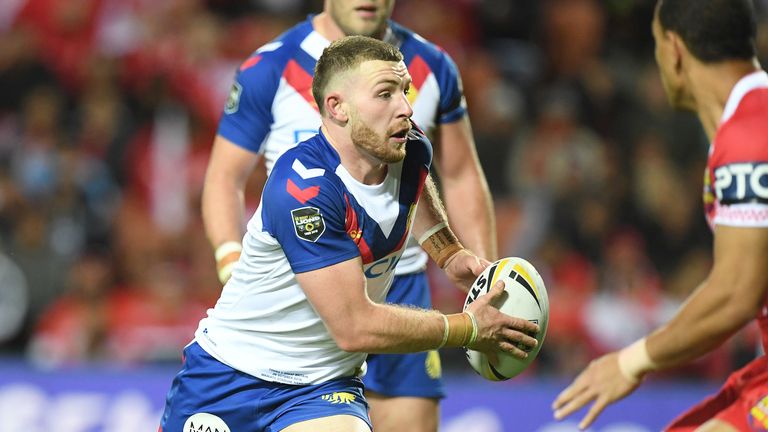 Wayne Bennett used four different half-backs for England in 2018 in the absence of the injured Luke Gale.

Gareth Widdop, Jake Connor, Sam Tomkins and Richie Myler all wore the number seven jersey with varying degrees of success and Bennett has turned to Hastings on the back of a stellar season in Super League.

The 23-year-old Australia-born Salford player made his Lions debut in their defeat against a Tongan Invitational XIII in Hamilton last Saturday.

Hastings keeps his place alongside Widdop for the clash with the Kiwis at Eden Park on Saturday and Bennett says he is already looking two years ahead.

“We’ve suffered with the half-back for the last 12 to 18 months since Luke Gale got injured and we’ve got to find one in the next 12 months or so before the next World Cup,” said Bennett.

“So he’s got an opportunity there, I just hope he grabs it.”

Bennett has kept changes to a minimum in the belief that his side will be better for their first run-out together, despite it ending in defeat.