The Broncos have added some serious grunt to their pack with Marty Taupau agreeing to terms for the 2023 season.

Taupau had become the highest-profile casualty of the drawn-out pay talks between the NRL and Rugby League Players’ Association, with no club prepared to make a play for his services until there was clarity around the cap.

The Samoan and New Zealand international with 222 NRL games and 33 Tests behind him told Broncos officials he was keen to play alongside young front-rower Payne Haas and skipper Adam Reynolds. He toured the club’s Red Hill facilities before jetting back to Sydney late Friday.

Taupau had the chance to link with Parramatta last season, only for Manly and coach Des Hasler to block the move.

The Eels, who ended up reaching the grand final, were one of five clubs who had expressed interest in signing Taupau, only for the Broncos to make things official a month before the trials. 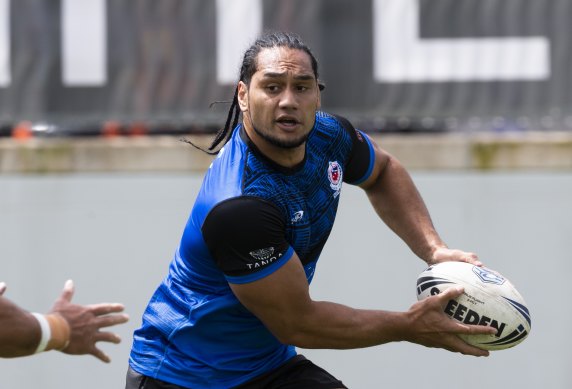 Taupau will add valuable experience to an imposing forward pack that also features Haas – arguably the best front-rower in the game, along with Penrith’s James Fisher-Harris – as well as Thomas Flegler and Pat Carrigan.

Broncos coach Kevin Walters said Taupau would be a great asset for the club.

“Marty has been playing in the NRL since 2010, so he brings good experience, and he was very impressive when we spoke to him on the values he brings to our club,” Walters said.

“We have a lot of good young middle forwards here at the Broncos, and we believe the experience that Marty brings will help them grow and be better players for us as well.

“He has a real presence about him and I think that will really add to the group and what we are building here at the club both on and off the field.” 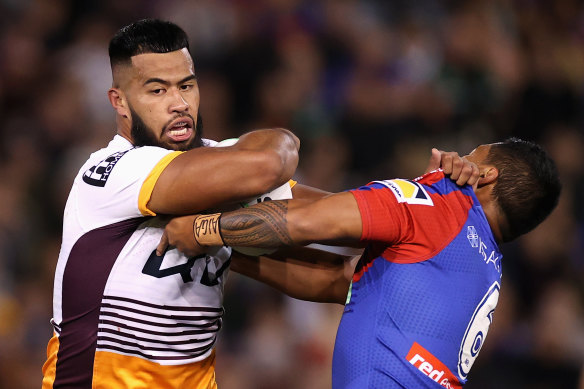 Taupau told the Herald before Christmas he was always confident he would land another NRL deal, despite spending the first two months of the new season without a contract and pay cheque rolling in.

“It’s been a really frustrating and stressful time,” Taupau said at the time. “It’s now a waiting game, not at our end, but with all the negotiations happening with the NRL and RLPA.

“I’m backing my ability to get a new deal. There are a number of clubs interested. But it comes back to the cap and how much clubs can spend.”

Meanwhile, Canterbury are expected to officially secure the signature of Penrith back Stephen Crichton in the next 24 hours.

Crichton informed Penrith teammates at the start of the week he would leave the club at the end of the season, only for the Bulldogs to officially table an offer 48 hours later.

Bulldogs general manager Phil Gould said of pursuing Crichton: “I doubt there is a football club anywhere in the world that wouldn’t like a player the calibre of Stephen Crichton on their playing roster.”