Super League side Toronto Wolfpack have confirmed the anticipated signing of cross-code superstar Sonny Bill Williams on a two-year contract worth an estimated $10 million.

The former Sydney Roosters and Canterbury forward returns to rugby league after completing his second stint with the All Blacks for whom he won the Rugby World Cup in 2011 and 2015. 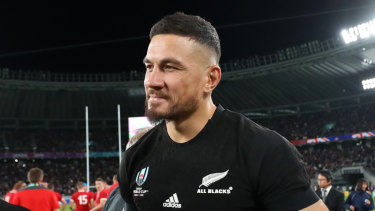 Williams, who lifted NRL premierships with the Roosters in 2013 and the Bulldogs in 2004, will now aim to add a Super League title to his glittering resume.

Toronto, who are owned by Canadian-based Australian mining and resources entrepreneur David Argyle, secured promotion to the top-tier Super League in September in only their third year of existence.

The signing of the 34-year-old is the biggest in Super League history and Williams said in a statement he was excited about the challenge that lies ahead.

"Toronto Wolfpack has established themselves as a multicultural and economic powerhouse, not only in the city but across the world," Williams said.

"The club has big ambitions and big goals. I want to be part of all this and do all I can to help reach those lofty goals. 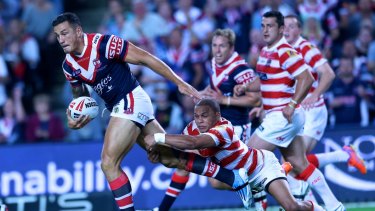 Williams is returning to rugby league, the sport where he first burst to prominence.Credit:Anthony Johnson

Toronto chairman and chief executive Robert Hunter said the signing is a huge shot in the arm for rugby league, not only in Canada but internationally.

"The excitement he will bring to the sport of rugby league in this country will be incredible," Hunter said.

"Having someone of his talent join the Wolfpack will greatly raise the profile of the club and also help move the game forward globally.

"Sonny is a phenomenal athlete and we believe he is rugby's LeBron James and his addition to our league is comparable to when David Beckham joined LA Galaxy."

Williams will make his first official appearance as a Wolfpack player at a media conference at Arsenal's Emirates Stadium in London next Thursday.