Queensland Origin star and new South Sydney recruit Jai Arrow has revealed how his family was targeted by abuse after an ugly Origin incident.

Queensland won the series 2-1 in a stunning boil over but Arrow was heavily criticised over an incident that saw NSW fullback and skipper James Tedesco slammed to the ground after he was knocked out.

Tedesco slid into the knee of Josh Papalii who was trying to make the tackle but Arrow carried on with the tackle, lifting Tedesco and slamming him back onto the ground.

Commentators slammed the moment with Andrew Johns labelling it “rubbish” while Queensland great Cooper Cronk said “Whether he’s out or not, you don’t whack somebody then pick them up and throw them again.”

Arrow was part of the Maroons side that won in 2020.Source:Getty Images

NSW coach Brad Fittler even labelled it “ugly” and said it showed “a lack of respect”.

But as he joins the South Sydney Rabbitohs from the Gold Coast Titans, Arrow revealed to SEN that the abuse got to a crazy level.

“I got off the field and a couple of hours later I check my social media and it got pretty bad,” Arrow said.

“I probably couldn’t even say some of the messages I got on there. ‘If I see you in the street, I’ll hit you with a bus’ and stuff like which was pretty weird, I sort of laughed it off.

“That was probably the biggest thing that annoyed me – an 11-year-old kid getting threats of getting bashed.”

Arrow added: “I’m not proud of what I did and I didn’t know he was unconscious but hopefully I can move forward from it. It all happened pretty quick but I’ve apologised to him many times and I hope he accepts the apology.”

Arrow, who sported one of the more interesting haircuts in recent memory with a glorious mullet, raising money to raise awareness for Hodgkin’s lymphoma after his mum was diagnosed with the disease.

Arrow’s haircut was something else.Source:Getty Images

However, the haircut won’t be following him to Sydney.

“Wayne came and had a chat to me before I came down.” Arrow said. “And he said ‘you won’t be having any stupid haircuts next year, will you?’ and I said ‘nah, you’re the boss, I’ll have my normal haircut’.

“I’m just going to stick to the normal haircut I’ve had for a while, I won’t be bringing the mullet back.

“I’ll have to have a chat to Wayne but he’s not too fond of it.”

The Wests Tigers have held on to one of the club’s brightest stars with winger David Nofoaluma ending the speculation he’d look to move on from the club.

Having been linked to the Parramatta Eels and the South Sydney Rabbitohs, Nofoaluma made all Tigers fans breathe a sigh of relief after the winger signed on until the end of the 2025 season.

David Nofoaluma had a breakout season in 2020.Source:Getty Images

The reigning Dally M winger of the year scored 17 tries in 2020 and ended the speculation on Thursday.

“This really is the only club for me, and I’m really pleased to be staying on at Wests Tigers,” Nofoaluma said. “I’ve only ever wanted to play for Wests Tigers, and I can’t thank the club, the Members and the fans enough for their support for me over the years.

“Pulling on the Wests Tigers jersey has always been a huge honour for me and I’m really excited that it’s something I get to do for many years to come.

“I’m determined to ensure our Members and fans are rewarded with the success they deserve, and I can’t wait to help play my part in making that happen.” 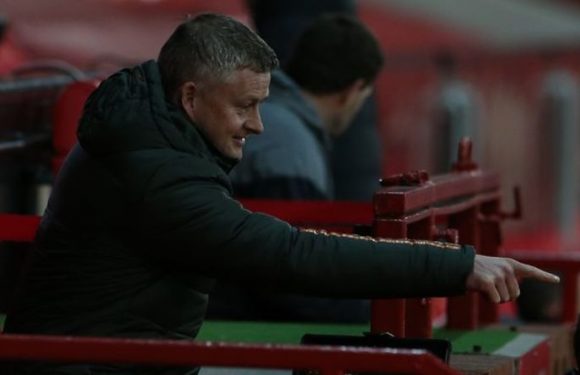