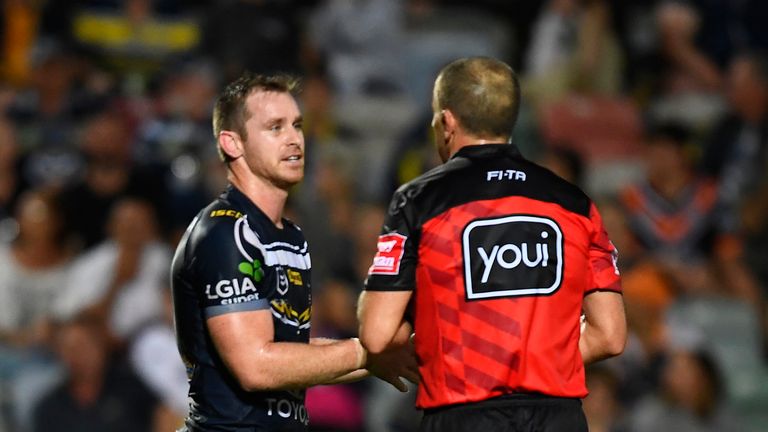 Jenna Brooks has the latest as NRL officials come under the spotlight again and John Bateman receives more accolades. Plus, are we about to see another reduction in interchanges?

Referees are under the microscope again after a wrong call cost North Queensland Cowboys a win over Wests Tigers. 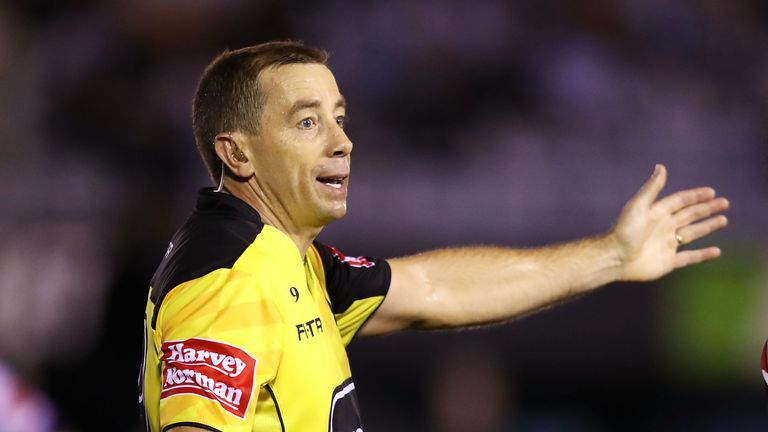 Referee Ben Cummins made the mistake of not referring the Tigers’ second try to the Bunker, where it would have been overturned due to a knock-on in the build-up.

To make matter worse for the Cowboys, the visitors went on to win the game 27-26 in golden-point extra-time.

“There is only one explanation and that is that the referee felt from what he saw that the Wests Tigers player didn’t touch the ball,” Annesley said. 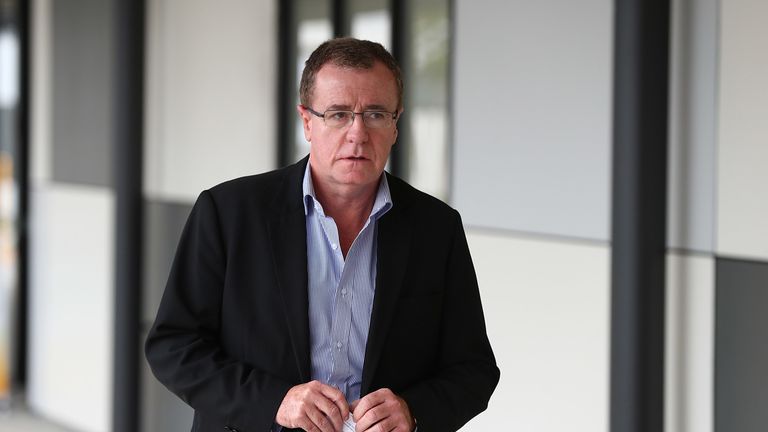 “In a contest for the ball where there are arms in the air, probably 99 times out of 100 they will go to the video referee, but he clearly felt that there was no touch and that’s why he made the decision.”

“Was it a wise decision to make given there was a contest for the ball? No, probably not. But there is no other explanation.”

Bateman is ‘buy of the year’ John Bateman continues to grab headlines. In his 11 appearances for Canberra, he’s scored three tries, made 352 tackles and has carried for 1,212 metres.

Australian Rugby League Hall of Fame member Peter Sterling is the latest to heap praise on the second row and has hailed the former Wigan Warriors star the buy of the season.

“At the half-way mark of the season and considering positions held on the premiership ladder, it is hard to go past Canberra’s John Bateman as the current buy of the year,” Sterling wrote in his column in the Sydney Morning Herald.

“Despite being a Test player, I must admit I didn’t know a great deal about the former Bradford and Wigan back-rower when the Raiders announced him as another Super League import. 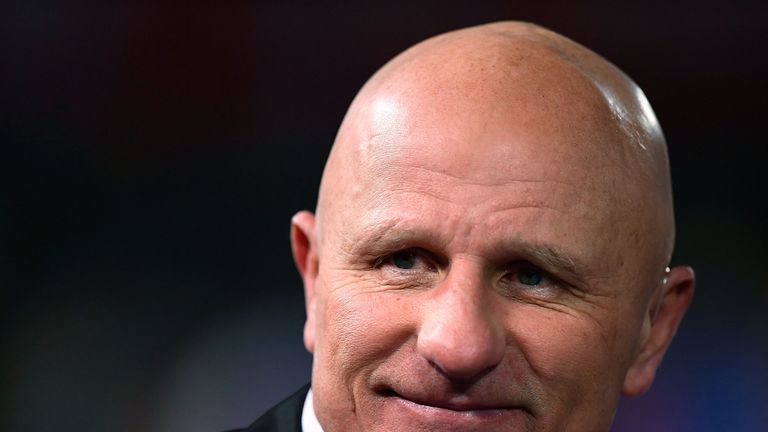 “Bateman’s rugged approach on Canberra’s right edge has added steel to a side that previously struggled to find exactly that when under pressure.

“I rate Slammin’ Sammy (Burgess) alongside Jason Taumalolo as the best forward in our game. John Bateman is making rapid inroads in that pursuit.”

Canberra are fourth on the ladder, six points behind leaders Melbourne after winning three in a row, and Bateman puts the success down to a solid pre-season.

“It’s gone on to show in the season itself with how we’re playing, we’ve had a blip every now and then, but I think we’re bouncing back and getting into the grind in certain teams and championship teams with games like we did on the weekend,” Bateman said.

No change for interchange

After deliberation this week, the NRL’s competition committee has recommended keeping the interchange system unchanged.

In 2015, the NRL reduced interchanges from 10 to eight – a reduction mirrored by Super League this season – to allow for a more fast-paced and free-flowing game.

“On the evidence presented, there is simply not enough reason to change the number of interchanges now,” said committee member and Penrith coach Ivan Cleary.

It is a decision supported by South Sydney Rabbitohs’ English forward Tom Burgess.

“If you make people more tired, the injury rate is going to increase because when people get tired they get lazy and you are more open to getting an injury – or people do a lazy hit on someone and that’s when they get injured,” Burgess said. 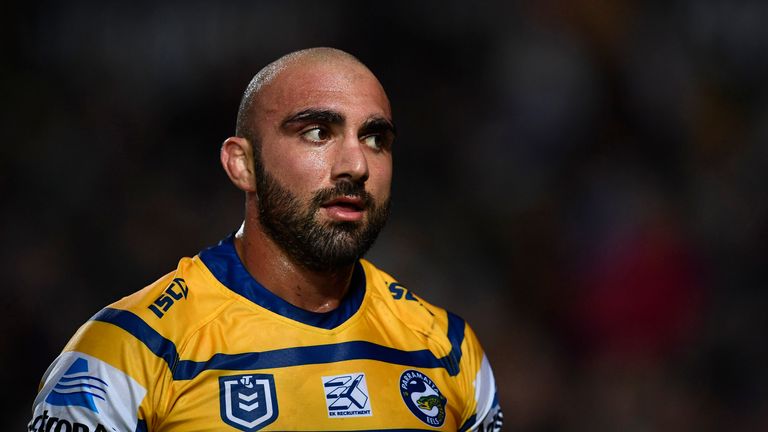 Tim Mannah will see out the season at Parramatta Eels despite asking for a release to join Wests Tigers mid-season.

Just a week after surprising the sport by committing to the Tigers, the veteran prop has opted to remain with the Eels, the only NRL club he has ever played for.

“I am very happy to be staying at the Eels,” Mannah said. “I am a Parramatta Eels junior and I love our club.” 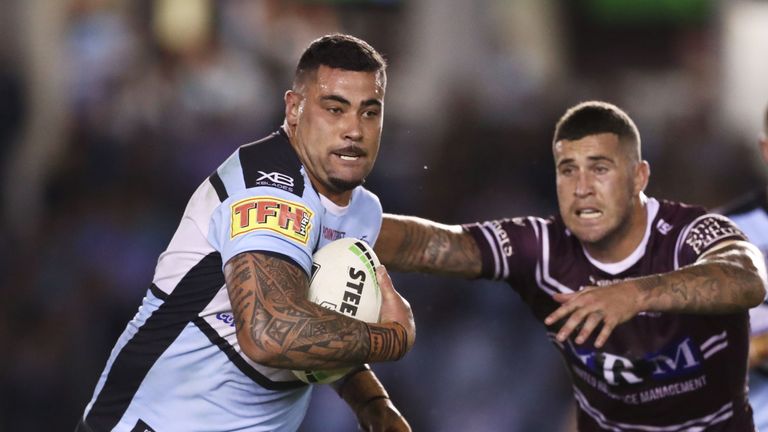 Andrew Fifita has been suspended for three games, which means he will miss Tonga’s Test against New Zealand.

The Sharks forward failed to have his Grade Two charge downgraded for a crusher tackle on Ryan Sutton.

“When you wrestle, that’s what you’re meant to do,” Fifita said. “I felt like I had to put my body weight on him just to slow the ruck down and get our players (time to get) back on side.”