Home » Rugby League » Lions’ savaging of Dons ‘our best one for the year’: Fagan

Essendon coach John Worsfold says the Brisbane Lions were just too good, too often as the Lions ravaged their way to a 63-point thrashing of the Bombers at Metricon Stadium on Friday night.

The rampant Lions are now relishing the prospect of taking on reigning premier Richmond in a Tuesday night blockbuster on the Gold Coast next week after Brisbane coach Chris Fagan hailed the win as the club’s best of 2020. 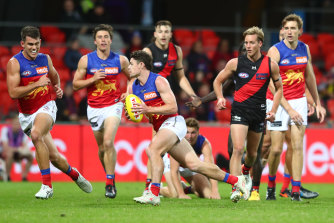 “Brisbane were just too classy for us tonight for what we could match them with. We won the inside 50 count, but we couldn’t generate enough good scoring shots to put them under any sort of pressure.

Worsfold said the Bombers were unlikely to welcome back any of their injured personnel for next Friday night’s clash with GWS. He said the senior debut of ruckman Sam Draper was a positive.

“Really pleased with a young kid coming off a knee reconstruction and not having been able to build his form through playing games of footy. It’s a credit to him the way he came out and competed,’’ Worsfold said.

Fagan described the win as a “great team performance … it's probably our best one for the year to this stage” and it was a perfect way to warm-up for the Tigers who have won the last 14 meetings between the clubs.

“They [the Tigers] were fantastic the other night, weren't they? The last time the Lions beat Richmond was in 2009 … they've had the wood on us," he said.

“They [Lions players] probably don't know that statistic because it's not really their fault it's such a bad record against Richmond, most of them are new players at the club. 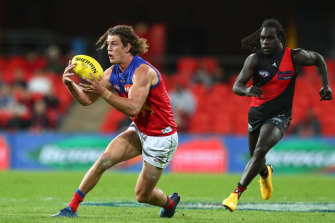 “If you aspire to be the best, you've got to beat the best and Richmond are the best, they've been the best team over the last four or five years.

“That's the challenge for us. We look forward to it."

Having made five changes to the side that edged out Melbourne, Fagan said the Lions had developed ominous depth.

“One win doesn't announce it, but two of the last three years our reserves have won the NEAFL premiership and many of those boys have been waiting for an opportunity over the last five or six weeks and haven't been able to get one because we've been winning and we haven't had too many injuries,’’ he said.

“Tonight was a test of that, one test, there' s more to come. We passed tonight.

“We've never prepared for a four-day break before, it'll be a new thing. It's going to be an interesting period but I think the thing is to have a positive attitude towards it and embrace it.”

He said Grant Birchall may be rested while Daniel Rich and Ryan Lester (hamstrings) could play against the Tigers but will not be risked.