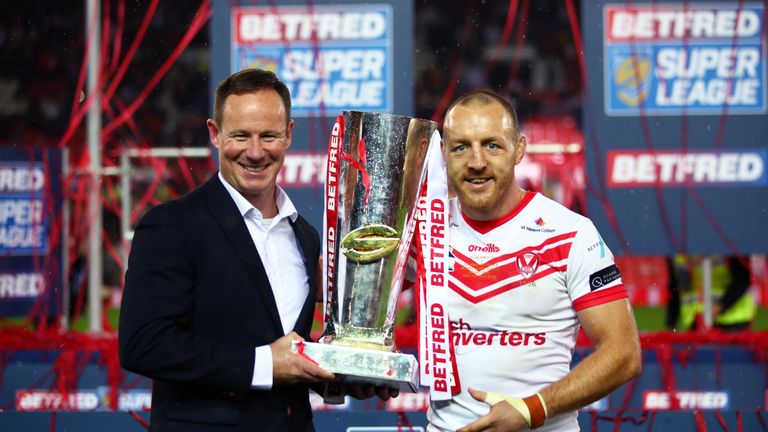 Happiness was the overwhelming emotion for Justin Holbrook as he signed off at St Helens by clinching the Super League trophy.

Saturday’s 23-6 victory over Salford Red Devils in the Grand Final at Old Trafford ensured two-and-a-half years in charge of Saints ended on a high for Gold Coast Titans-bound Holbrook.

Holbrook admitted to getting emotional prior to kick-off over it being his final match before returning to Australia, but was left delighted at full-time as St Helens clinched their first Grand Final triumph since 2014. “A lot of people asked me in the week about my emotions and I got really emotional on the bus driving into Old Trafford,” Holbrook said.

“I’m glad no one was sitting next to me because it was quite embarrassing and it hit me then it was my last game, but it’s hit me more then than after.

“Now, I feel much happier knowing that the job is done.

“We all know what a season we’ve had, but we knew we had to deliver in the Grand Final and I’m so happy.” 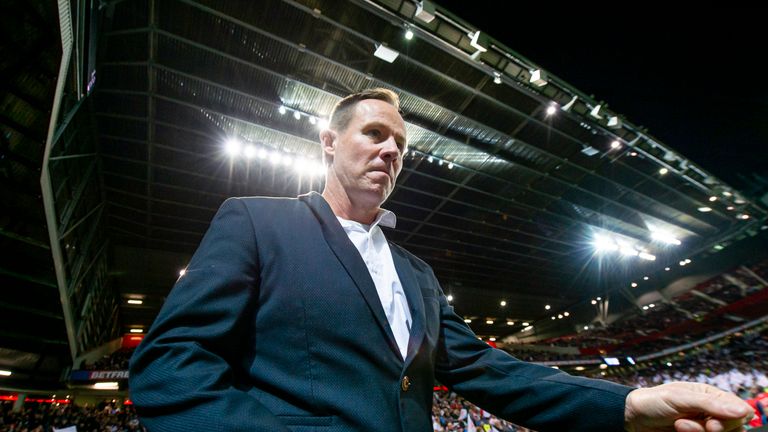 “I’m glad no-one was sitting next to me because it was quite embarrassing and it hit me then it was my last game, but it’s hit me more then than after.”

Saturday’s Grand Final win was the culmination of the work started when Holbrook joined St Helens midway through the 2017 season, steering them out of a period of malaise to being the dominant side in Super League this year.

The 43-year-old was pleased to deliver a sixth Super League crown for the club after missing out on major honours last year and suffering a surprise defeat to Warrington Wolves in this year’s Challenge Cup final, particularly after winning the 2019 League Leaders’ Shield by a record margin.

“I’m really happy for everybody at our club,” Holbrook said. “I know how much it means to our town and Salford have done a fantastic job to get to the Grand Final.

“They played really well and we couldn’t have played any better, so I’m really happy with the standard of the game.