Home » Judd to leave Carlton’s board at season’s end

Follow all the action from Friday’s Richmond-Western Bulldogs clash with our live blog from 7.30pm, while live coverage of Saturday’s five games begins at 1.15pm.

Dual Brownlow medallist and former captain Chris Judd will step off the Carlton board at the end of 2021, ending his formal association with the club. 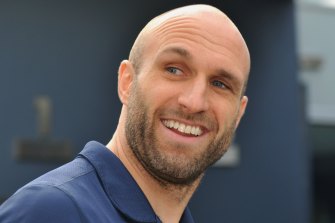 Judd’s departure means Carlton will be filling two of the more important positions, but the club will have some time to find a replacement for the 2004 and 2010 Brownlow medallist, who crossed from West Coast at the end of the 2007 season and played for the Blues until a knee injury ended his career in 2015 after 145 games with Carlton and 135 with West Coast, which he captained in the 2006 premiership.

Judd had already decided to cease his media commentary roles with Triple M this year, after also opting out of Nine’s Footy Classified at the end of 2019, to concentrate on his investment-based business interests and family life.

His decision to leave the Carlton board – where he had been the foremost authority on football – means he will have no formal involvement in the game next year.

Judd has been football director on the board during a time of transition for the Blues, who have changed coaches, from Brendon Bolton to David Teague (in 2018), and football chiefs, as Andrew McKay was replaced by Brad Lloyd, while the club also removed favourite son and list manager Stephen Silvagni in 2019 at the behest of chief executive Cain Liddle.

Renowned for his electrifying speed, awareness and sidestep, Judd is one of the best and most decorated players in the game’s history, having taken the Norm Smith medal in a losing West Coast grand final side in 2005, then skippering the Eagles to the flag the following year. He twice was named the AFL’s most valuable player (2006, 2011) in seasons when he did not win the Brownlow and was a six-time All-Australian.

He won two best and fairests with West Coast and a further three with the Blues, who he captained from 2008 until the end of 2012.

Keep up to date with the best AFL coverage in the country. Sign up here to our Real Footy newsletter delivered to your inbox on Mondays and Fridays.