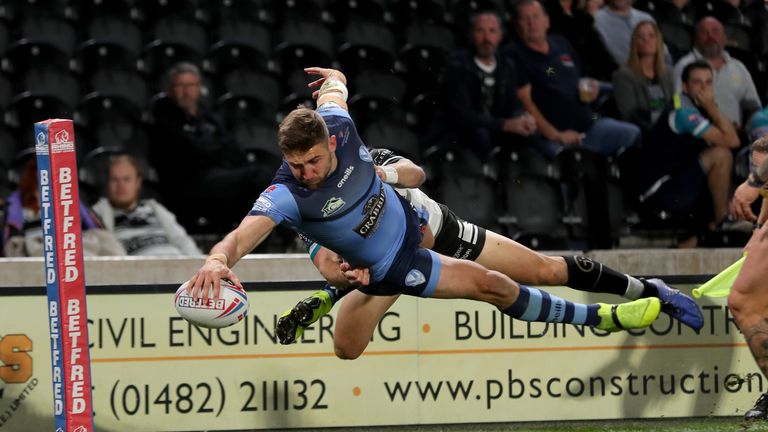 But they were not good enough to take advantage as high-flying Saints ran out comfortable 22-6 victors thanks to Makinson’s treble and second-half scores for Mark Percival and Regan Grace. 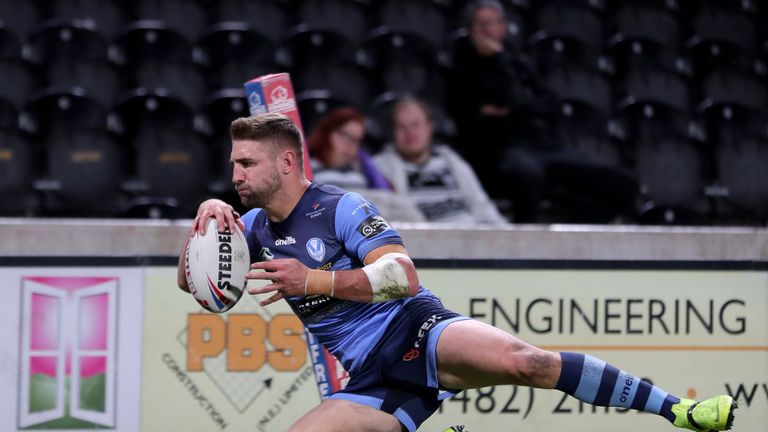 It could have been a bigger winning margin, but visiting full-back Lachlan Coote converted only one of his five shots at goal.

Saints’ latest victory came three days after confirming former Tonga head coach Kristian Woolf would be the replacement for Justin Holbrook next season, but the current boss does not want to end his stint as a nearly man.

That defeat ended dreams of a domestic treble after finishing runaway winners of the League Leaders’ Shield. However, they are still in contention for further silverware this season – unlike Hull. Thanks to Makinson’s treble, the home side trailed 14-6 at half time and saw their hopes of securing a top-five spot fading fast.

Makinson swooped for his first touch down after nine minutes from full-back Coote’s cut out pass. He added his second six minutes later after Theo Fages floated a perfectly weighted kick to the corner.

Three was a magic number for the player and team when he accepted another Coote pass six minutes from the break to complete his hat-trick.

In between, prop Scott Taylor powered onto a Jamie Shaul pass to give Hull hope of a comeback – and had Marc Sneyd clung on to his own kick with the try-line at his mercy it might have been a different story. 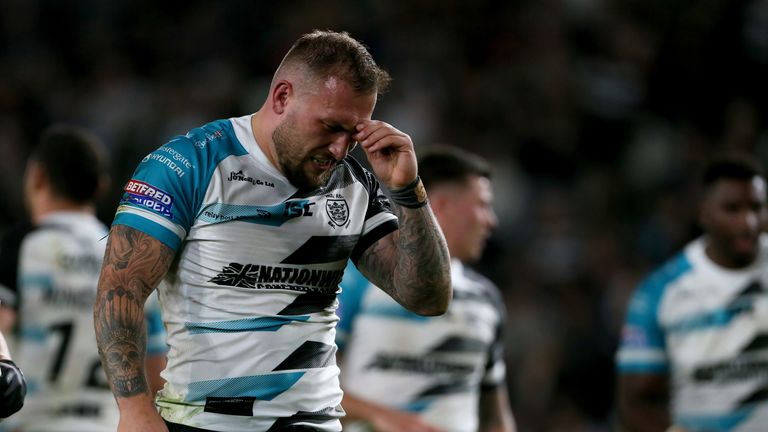 Despite that setback, Hull began the second half strongly and almost added a second try as Ratu Naulago tried desperately to reach Albert Kelly’s kick.

Saints needed their best defence to keep the Black and Whites at bay and, having soaked up constant pressure, they broke away to leave Hull in deep trouble with a fourth try after 63 minutes from centre Percival.