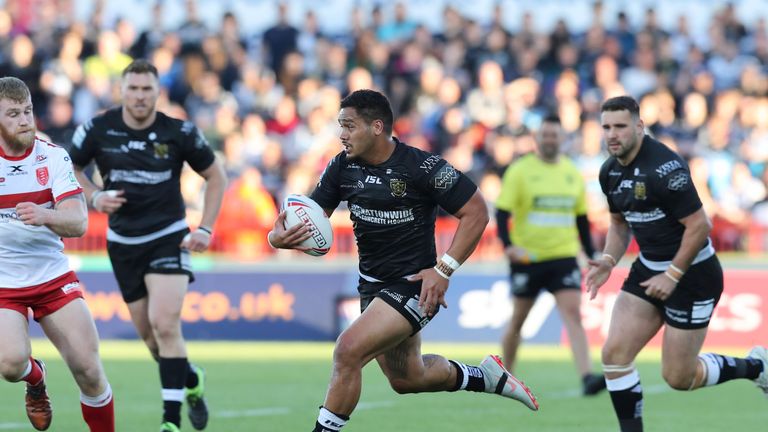 A dominant first-half performance from Hull earned a 35-22 victory over bottom side London to consolidate third place in Super League.

Lee Radford’s side were in ruthless form as they scored six first-half tries to lead 34-0.

Carlos Tuimavave and Bureta Faraimo crossed the line in the opening 10 minutes before efforts from Joe Westerman, Jake Connor and Josh Griffin. A stunning length of the pitch run from Ratu Naulago crowned a one-sided half.

It was a totally different story after the break as London produced a stirring response in the second half. Matty Fleming, Jordan Abdull and Sadiq Adebiyi (2) all scored as Hull faltered and only managed to score one point through Marc Sneyd’s drop goal.

It took just six minutes for the hosts to open the scoring as Tuimavave took advantage of a defensive mix-up between Kieran Dixon and Rhys Williams. Hull quickly extended their lead with a slick attack resulting in Faraimo scoring in the corner.

After Hull were awarded a penalty, the Black and Whites launched another attack and Westerman powered his way over the line for his 10th try of the season. 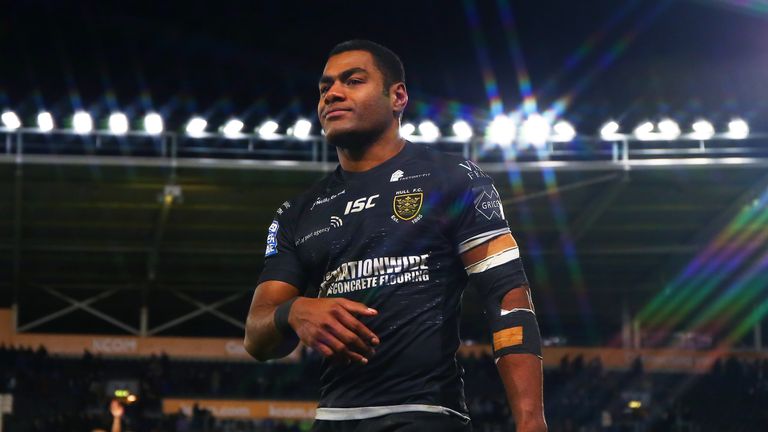 Midway through the first half, Hull added their fourth try of the game as a simple move resulted in Connor racing through the defence to score.

Faraimo launched another attack before setting up Griffin for another score against the beleaguered Broncos.

London’s miserable first half was summed up after rare pressure on the Hull line led to an interception from Naulago and he raced the length of the pitch for a stunning individual try.

The Broncos finally got off the mark early on in the second half when Matty Fleming scored from close range.

London struck again with Abdull finishing sharply for their second try of the game. Lacklustre Hull just could not get going after the break and the Broncos crossed the line again through Adebiyi from close range.

The hosts finally claimed their first point of the half, in the last 10 minutes, through Sneyd’s drop goal.