Brisbane Lions forward Eric Hipwood has signed a six-year contract extension with Brisbane, which ties him to the club until the end of 2029.

Hipwood was already contracted for 2023, and will be 32 by the time his six-year extension expires. 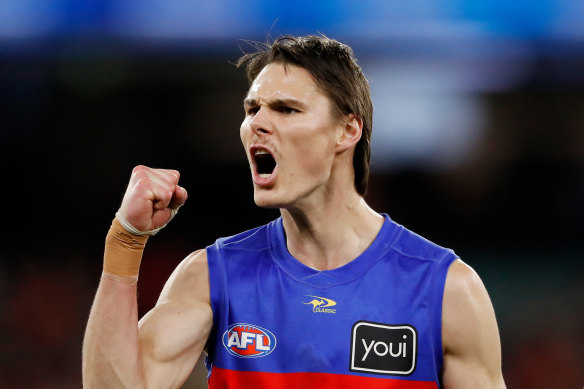 Eric Hipwood has signed a contract extension with Brisbane.Credit:AFL Photos

The 25-year-old suffered an ACL injury 17 months ago, but kicked nine goals during Brisbane’s three-match finals campaign this year to show he is nearing his best again.

Hipwood, the No.14 pick from the 2015 national draft, hopes to achieve the ultimate success at Brisbane.

“I jumped at the opportunity to re-sign, to be honest,” he said.

“One thing that attracted me to stay with the club is that I have been here since the dark times, so to be able to experience some good times and hopefully some better times coming, it was a pretty easy decision.

“When you listen to some of my idols, in Nick Riewoldt and Jonathan Brown, and what they have spoken about post their careers and how proud they are to be a one-club player – that is something I have always aspired to be, if I had the opportunity.”

Hipwood has scored 188 goals in 127 games, and looms as a key cog in Brisbane’s bid to break through for a flag next year.

“I got drafted at a pretty unique time for the club, then in 12 months’ time our list sort of got turned on its end and we got a new coach and a new GM,” Hipwood said.

“We had to build a culture from scratch, which was eye-opening at the start.

“But to now be able to have a stable environment where you come in to work and you know you are going to get better and we have goals, it is a really good environment and something I am proud to be a part of.”

Hipwood’s contract is the latest in a series of lengthy deals across the league. Carlton recently re-signed key forwards Harry McKay and Charlie Curnow on eight- and six-year deals, respectively, while Melbourne locked away midfield stars Clayton Oliver and Christian Petracca until 2029.

However, Brodie Grundy, who famously signed a seven-year deal with Collingwood in 2020, was traded to Melbourne this year, well before the end of his contract.