NSW coach Brad Fittler has revealed how he phoned Roosters superstar Latrell Mitchell at the start of the week to tell him to leave his contract dramas at the door when he comes into camp on Sunday.

In a wide-ranging interview before he selects his team for Origin I against Queensland, Fittler also discussed what he learned from the game-three loss last year; how he believes the Maroons are dangerously underrated; and why a breathing coach will be fundamental to the Blues’ success. 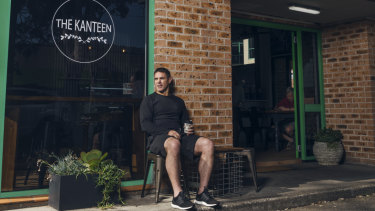 It is the phone call to Mitchell that is most intriguing.

Despite constant denials, there is tension between Mitchell and the Roosters over continuing speculation about his future even though he is contracted until the end of next season.

“He has looked distracted at different times,” Fittler said. “I just encouraged him to get that stuff sorted. Get your manager stuff sorted. We don’t want to be dealing with that. That’s across the park, with everyone. Everyone is aware of that because we speak about it. Get it done. I told him that whatever is going on — and I don’t care what he does — I just wanted to know that he was in control and if he’s happy with the way things are.”

Mitchell moved to dispel the talk earlier this week when he told News Corp he was on the verge of signing with manager Wayne Rushton amid an ugly legal dispute with former agent Steve Deacon.

The Roosters are still bemused about rumblings coming out of the Mitchell camp about him being unhappy. They believe too many people are getting in the 21-year-old’s ear about playing elsewhere. Given the support the club has given him, they find it hard to swallow.

Indeed, there’s a feeling Origin can’t come quick enough for the restless centre. He was kept unusually quiet by the Broncos last weekend, although it wouldn’t surprise if he blew the Knights apart in Friday night’s Indigenous Round blockbuster in Newcastle.

“He sounded fresh and positive about moving forward,” Fittler said. “And I don’t think the Broncos game was a reflection of where he’s at. Brisbane did a great job on him. I was watching [five-eighth] Luke Keary’s eyes a lot and he was always looking to get the ball to him but there wasn’t much on.”

Fittler tells me this while sitting outside wife Marie’s cafe The Kanteen in Warriewood earlier this week. He is typically Freddy-esque: calm, jokey, talking about the universe and so on.

His casual demeanour convinced many people he was the wrong person to replace Laurie Daley, whose contract wasn't renewed after the 2017 series loss. 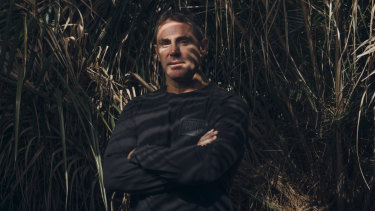 Fittler is happy for his NSW side to be exposed to the media and fans.Credit:James Brickwood

Fittler recalls walking through the Channel Nine studios for The Footy Show days after that as Herald columnist Peter FitzSimons said on Sports Sunday that Fittler “wasn’t angry enough” to be Blues coach.

“It made me think, ‘That’s how I want to be. I don’t want to scream. I want the players to go out and do it. Leave it to the players’,” Fittler said. “The NSWRL took a risk with me. They didn’t want to pick me. It felt like that … but they can never criticise me for not loving the game.”

(FitzSimons recalls saying: "What do we know about Fittler, beyond he's a great bloke, and was a fabulous football player? Isn't that all we knew about Laurie Daley? And that didn't end well.")

He might empower the players but he knows the responsibility for his team’s performance ultimately rests with him. NSW won last year's series, but lost the game-three dead rubber in Brisbane 18-12. 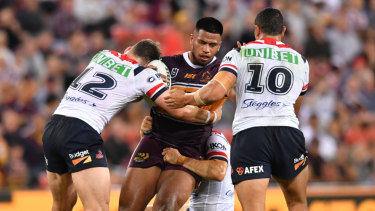 Fittler says Payne Haas (centre) still has plenty to work on in his game.Credit:AAP

"He dodged a bullet against the Roosters when he turned his back on the defence [and prop Jared Waerea-Hargreaves blindsided him]. Good front-rowers don’t muck around. It’s personal. He needs to remember that.”

Fittler refuses to buy into the belief that Queensland are outsiders despite halfback Daly Cherry-Evans racing the clock to be fit and uncertainty about who their hooker and captain will be.

He said: “Their side is more experienced than ours, they’ve got more Australian players, they get Matt Gillett back, Felise Kaufusi, Josh McGuire, Josh Papalii, Dylan Napa … They’re all just starting to play good. Then they’ve got Cameron Munster and Kayln Ponga: the two best players in the game at the moment. I do not feel sorry for them at all. I don’t really worry about them. I pick a few things where we think we can win a game — and then hold on!”

Fittler also promises to keep in place his policy of “total access” to the media — “If you can’t handle an interview, you can’t handle reading a newspaper, you can’t help me on game day” — as well as adopting holistic practices like earthing, meditation and visualisation.

And he'll bring into camp breathing coach Nam Baldwin, who has worked with world champion surfer Mick Fanning and other elite athletes. Baldwin taught Blues players how to hold their breath underwater for long periods at a pre-Origin camp in Armidale in January.

“Guess who held their breath the longest?” Fittler laughed. “Me! Smoked and drunk my whole life.

"When you’re sitting at the bottom of the pool, all you have to say to yourself is, ‘I’m alright’. And we will be.”

“It was the worst week of my life: Labor lost and I’m also a Carlton supporter.” — I overheard someone say this on the phone in Surry Hills during the week. Just in case you missed it, Carlton lost to the Giants by 10 seats and Labor lost by 93 points to the Coalition. 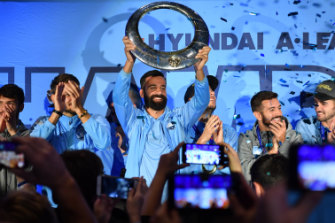 You don’t see it enough: genuine good guys ending their career on a high. Sydney FC captain Alex Brosque did just that on Sunday night when his side beat Perth on penalties in the A-League grand final. Typical of the man, he then expressed sympathy for the way the Glory lost and wanted the finals scraped.

Extremely sad news this week that long-time Eels official Denis Anderson had lost his battle with cancer. This from Brad Arthur recently: “Former players like Sterling and Price have grandstands named after them. But people like Denis are just as important. They say no individual is bigger than the club. He’s the exception.”

It’s a big weekend for …

the Waratahs, who will be hoping more than a handful of people are a few stray dogs turn up to Bankwest Stadium for the intriguing clash against the in-form Jaguares on Saturday night. Time to shine, Tahs fans. 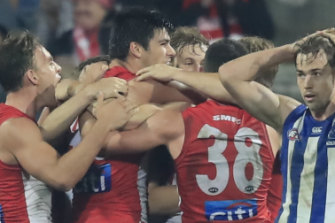 It’s an even bigger weekend for … the Swannieeeeeees. There’s no better opportunity for them to declare they’re back, baby, then with a win over second-place Collingwood at the SCG on Friday night. Time to shine, Sydney.