North Melbourne captain and star defender Emma Kearney has received her seventh All Australian blazer, the only AFLW player to get the honours in every season of the competition.

The All-Australian team, announced at the W Awards on Tuesday night saw a slew of new faces, experienced players and many stars miss the cut.

Star midfielders Essendon’s Maddy and Geelong’s Georgie Prespakis make the first sister pair in the same All Australian team in the women’s competition.

The side has a remarkable 11 new faces, mostly across the forward and backline. 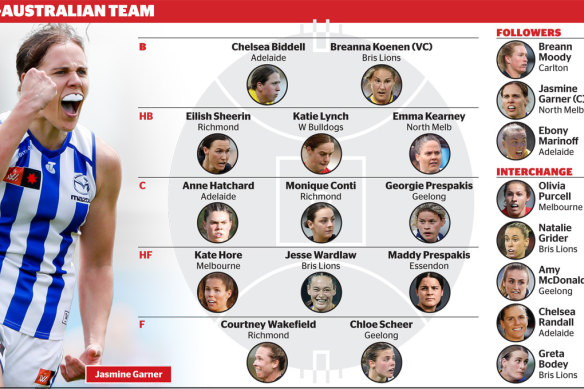