An Adelaide Crows doctor filed a report about the welfare of players who attended the controversial pre-season camp, according to former Crows player Josh Jenkins, who alleged the contents of the report were not acted upon.

Jenkins, who attended the 2018 camp and played 147 games for the Crows before moving to Geelong for the 2020 season, will share his experience of the camp in a regular appearance on SEN radio on Friday afternoon. 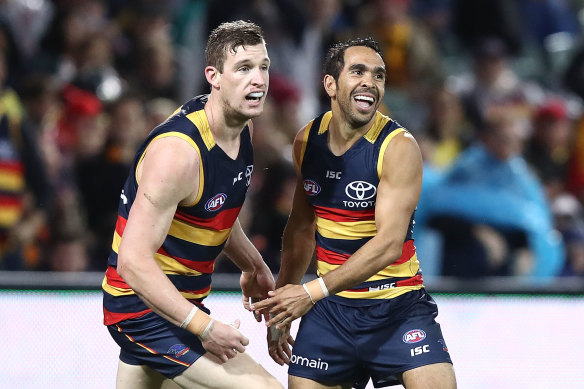 In a prepared statement to be read out on SEN, Jenkins said club doctor Marc Cesana had written a detailed report based on what players told him had happened at the camp, and the impact it had on their emotional welfare.

“No one has ever acted on that report, which I know is damning,” Jenkins said in his statement, part of which he released to The Age ahead of his radio spot.

“The report must see the light of day. It’s the only example of a medical professional who had day-to-day dealings with the people and the players involved.”

A senior source at the AFL told The Age they were aware that a doctor’s report existed but would not comment on whether anyone at the league had read it.

It follows the release of Eddie Betts’ book this week, in which the former AFL star detailed the emotional distress the camp caused him, his family and other players.

Jenkins and Betts were part of the same group on the 2018 camp, which the Adelaide Football Club and AFL have now apologised for. The AFL Players’ Association also admitted to failings in its investigation.

In his book, Betts recounts how Jenkins reacted to an incident in which players watched a “camp dude” struggle against a harness while others swore at him during an “initiation” process.

“I remember walking single file back to our hut again [after the initiation] and Josh Jenkins saying, ‘This is a f—ing cult.’ He wanted to leave straight away but he was pressured to stay, even though he made it clear that he objected to what we’d all just witnessed,” Betts wrote.

Betts also writes that Jenkins supported him at a club meeting after the camp.

“Josh stood up when we needed a louder voice. I wasn’t as confident as JJ in terms of being able to express how I was feeling and how I thought this camp was tearing us apart. He was a strong support for me and asked everyone to consider listening to what I’d just said – and to stand with me, not against me. Finally having someone else open up gave me some sense of relief, that it wasn’t just me feeling isolated and paranoid.”

Jenkins said Cesana wrote the report because he was concerned about the welfare of the players, both individually and as a group.

“I recall, during one meeting, our doctor expressed in front of the entire playing group and most the staff that what occurred on then camp was totally unacceptable – and I know the report captures that,” Jenkins said.

Jenkins is set to speak on SEN at 3pm.