Marc Murphy, Levi Casboult and Ed Curnow will all play for Carlton next year, after the trio signed one-year contract extensions.

Lachie Plowman has signed a longer-term deal, committing for three more seasons, while fellow defender Caleb Marchbank – who has missed the entire season with injury – has also re-signed. 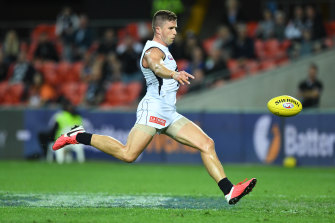 Marchbank has signed for another two seasons, while Nic Newman has recommitted for 2021 only.

The resigning of Murphy should make him part of Carlton's 300-club, with the former skipper currently sitting on 285 games.