Carlton have parted ways with CEO Cain Liddle as the fallout from their disastrous season continues under new president Luke Sayers.

Staff were informed of the decision, which The Age has confirmed. 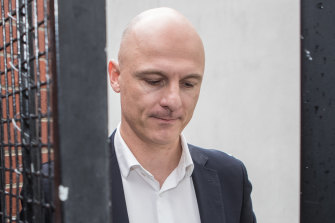 Liddle was appointed to the job in November 2017 after eight seasons in commercial roles at Richmond and has been successful in helping the Blues navigate their way through the coronavirus pandemic.

However, Carlton failed to make the finals in that time, with Liddle in charge when the club sacked Brendon Bolton as coach and appointed David Teague after he spent time as interim coach.

Sayers instigated a football department review midway through the season, which led to Teague and assistant coaches Dale Amos and Brent Stanton leaving.

He had also approached veteran Geelong CEO Brian Cook to replace Liddle as part of a major overhaul of the club.