Home » Rugby League » Bryce Gibbs to be taken by Adelaide at pick No.1 of the rookie draft

Former Blue and Crow Bryce Gibbs is going to be redrafted by the Adelaide with pick No.1 of the rookie draft, for administrative purposes.

Industry sources said Gibbs, who retired earlier this year with one year to run on his contract, was being re-listed for salary cap purposes. 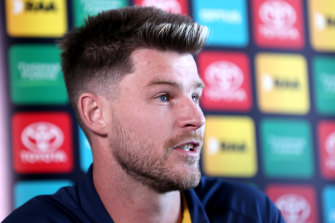 He will end up with the rare distinction of being drafted with pick No.1 in both the national and rookie drafts. He was initially drafted by Carlton with the No.1 pick in 2006.

The situation is similar to that of the Brisbane Lions, who kept Michael Voss on their list in 2007, after his retirement, also for administrative reasons.