AFL players are open to innovation and helping broadcasters as much as possible in a year when negotiations over a new rights agreement are expected to gain pace.

While the current six-year, $2.508 billion broadcast rights deal does not expire until the end of 2022, the midpoint has been reached and the AFL has started planning for the next negotiations.

The Age and the Sydney Morning Herald reported in August last year that the league was exploring a two-year extension with host free-to-air broadcaster Channel Seven, and had met with tech giants Amazon, Google and Facebook in the US.

The next round of rights comes at a time when all free-to-air networks, including Seven and Nine Entertainment Co, owner of The Age and the Sydney Morning Herald, have experienced digital disruption that has eaten into their bottom line.

Pay television's Foxtel, through its channel Fox Footy, televises the majority of home-and-away games exclusively each week and contributes more than half of the media rights package. It has also had issues with customers "cord cutting", although it has moved into the growing streaming sector with its release of Kayo. 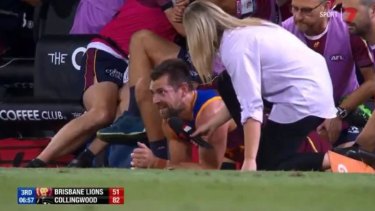 Players are aware of the changing media landscape and discussed their relationship with broadcasters at last week's AFL Players Association directors and delegates conference.

AFLPA chief executive Paul Marsh said it was too early to predict whether the AFL could generate a substantial rise in the next contract.

"The men's product and women's products will be: who are the broadcasters and what are they prepared to pay for it. That's going to drive the outcome, ultimately," he said.

"We are doing a lot of work on trying to help find ways to innovate and make the product more valuable. That's really important."

Marsh said players were open to broadcast innovation at a time when the league appears set to slash five minutes off the half-time break in a bid to keep viewers tuned in during an age when the prevalence of multi screens ensures there are options aplenty.

"It's very much about trying to find ways to keep working with the broadcaster. It's not about pulling back. It's actually doing more or better to make the game more attractive," Marsh said.

Seven has made it clear it wants high-scoring matches, because it goes to an advertising break after each goal, but this remains an issue. Scoring touched a 52-year low last season.

Despite a series of changes introduced by AFL operations boss Steve Hocking, the average team score in 2019 was 80.4 points – the lowest since 1967, when teams averaged 78.8 points.

Season 2022 season shapes as a pivotal, even watershed, moment, for the women's broadcast rights deal with Foxtel and Seven also expires, as do the men's and women's collective bargaining agreements.

The current women's TV deal is worth close to $2.5 million a season. The inaugural AFLW directors and delegates meeting was held over the weekend, and players will push for better conditions and a longer season when their three-year CBA – inked last year – expires.

Digital entities, such as Facebook, Google and streaming outlets, have dramatically impacted on the advertising models of all traditional media, but major sporting organisations across the world see these outlets as at least providing competitive tension during the bidding phase. There has been media commentary suggesting there could be major change in the next AFL deal, although this ultimately may be more in the digital sphere.

The NRL is another organisation looking to satisfy host broadcasters Nine and Fox Sports, to the point it is investigating the possibility of slicing the game into four quarters to help maximise broadcast revenue.

AFL ratings enjoyed a considerable bump last season, in part because of an improved fixture. The league hopes for a similar response this year when the home-and-away campaign begins on Thursday, March 19, when Richmond and Carlton clash at the MCG.