Melbourne captain Daisy Pearce will not play in the AFLW preliminary final against Adelaide as she battles to overcome a medial collateral ligament injury in time to play in the grand final if the Demons qualify.

The 32-year-old trained this week, having hurt her knee in the final round of the AFLW season, but remained unavailable for selection as the club tries to reach its first AFLW grand final with the Demons taking an unchanged line-up into the clash with the Crows. 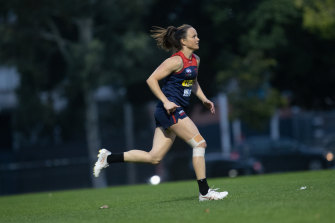 Pearce has been a star of the AFLW and the game’s most recognisable face in Victoria, having been one of the competition’s best players when it began in 2017 and then returning to play after having a year off when she had twins.

Richmond will handle debuts to two new players tonight in Will Martyn and Rhyan Mansell with both presented with their jumpers before the game.

The very last player picked by Richmond, who only joined the Tigers a month ago, and a former Brisbane academy player will join premiership star Bachar Houli among five changes to the Tigers side stung by defeat and injury last week and now confronting Port Adelaide in hostile territory.

Rhyan Mansell, the last player to be picked by Richmond to join the supplementary list just last month and former Brisbane academy player and inside bull Will Martyn, will both debut against the Power on Friday night. 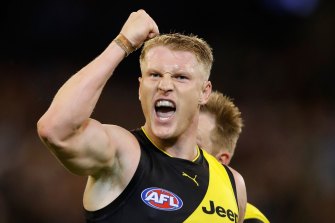 Richmond axed Dan Rioli, Derek Eggmolesse-Smith, and Josh Caddy from the 22 that was stunningly upset by the Sydney Swans, though Caddy retains a place on the fringe as the 23rd man substitute. Midfielder Jack Ross also comes into the team for his first game this year.

G’day everyone. I’m Roy Ward and welcome to tonight’s AFL live blog as Richmond take on Port Adelaide in one of the most anticipated games of the round.

It’s very early in 2021 but these two clubs look likely top-four sides and potential grand finalists, just as they were last season when they faced off in the finals with Richmond prevailing.

Please feel free to leave a comment on the blog and enjoy the night to come.