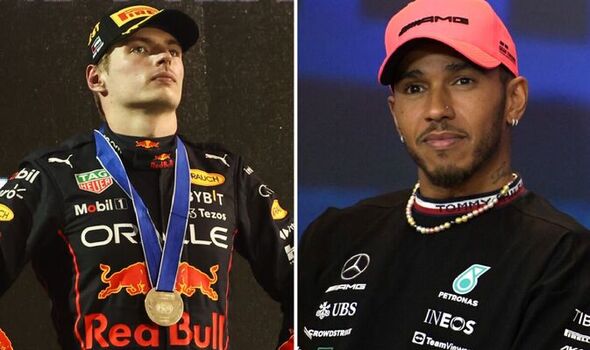 Toto Wolff has conceded that Mercedes catching Red Bull could be difficult and surprisingly insists he feels the team are never ‘good enough’ – despite having won seven double titles in a row between 2014 and 2020. The Silver Arrows finished third in the 2022 Constructors’ Championship and the winless Lewis Hamilton endured his worst season in Formula One and well adrift of champion Max Verstappen.

A 10 per cent wind tunnel reduction for Red Bull due to their cost cap breach has provided some hope that Mercedes can enjoy a much better 2023 season. Hamilton finished sixth in the Drivers’ Championship but improved as the season went on, with plenty of momentum to take into next year.

However, Wolff has claimed he is not confident that Mercedes can keep up with Red Bull and back-to-back world champion Verstappen next season. He pointed to the strong competition on the grid as a reason for his lack of confidence.

“I’m never confident. I’m a glass half empty guy, and kind of never believe that the job that we’re doing is good enough,” the Austrian told journalists.

JUST IN: Russell delivers verdict of beating Hamilton as he eyes 2023 title

“I’m not sure at all whether we can bounce back to a position where we compete for championships, because you need to acknowledge that the competition is strong. But we will do everything in our power, everything, to set our objectives high and try to reach them.”

Sporting regulations state Red Bull as Constructors’ Champions should have been allowed 70 per cent of the full wind tunnel running, which equates to 224 runs. But Red Bull’s reductions mean they will now only get 63 per cent of the allocation and a total of 202 runs.

This means Mercedes could have around 27 per cent more wind tunnel allowance and wind tunnel runs. But Wolff believes a cost cap could make their recovery harder.

The Mercedes boss continued: “I think it’s harder because you can’t really invest more in order for the outcome to come quicker. But I think how the aerodynamic regulations are designed, and the penalty that they’ve gotten, it’s 25 per cent less wind tunnel and that can have an effect.

“The way that the regulations, the ATR restrictions, have been set in place means there are teams that are further back who can really make a big jump compared to the front runners.

“That’s also the reason why we will see much closer championships in the future because if you are last, you will have 40 percent more. So, clearly that is an advantage that you have to utilise. Is it a given that we can utilise it? Who knows?

“They [Red Bull] are a brilliant racing team. It will give them an extra motivation and against Ferrari, it’s seven percent. But it’s around marginal games and we have been a bit closer to Ferrari in the last quarter of the season.”