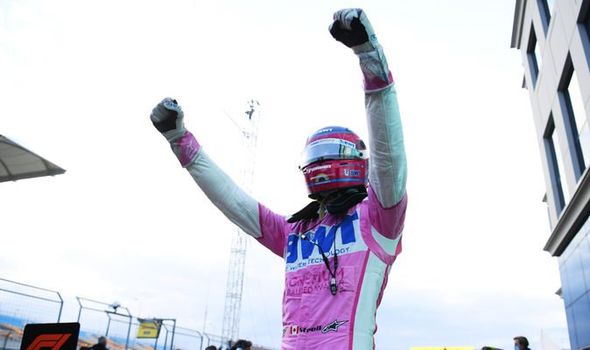 Lewis Hamilton is looking to recover from struggles in practice to secure pole position at the Turkish Grand Prix today as he seeks a result tomorrow that would seal him a seventh Formula One drivers’ championship. The Brit complained about the challenging conditions in Istanbul after P1 and P2, labelling the circuit a “bit of a disaster”, and failed to set a time in P3 due to the rain.

Hamilton was only fourth fastest in the afternoon session yesterday and said afterwards: “This track is such a fantastic circuit and I really don’t fully, fully understand when they spend millions to redo a surface of a track. Now the track is worse than Portimao was when we had the brand-new surface there.

“So for us at least the tyres aren’t working. You see it, it’s like an ice rink out there so you don’t get quite the enjoyment of the lap you would normally get of Istanbul. I don’t see that changing.”

Red Bull’s Max Verstappen was fastest in both P1 and P2 but still said: “Even in P2, it’s still very low grip. It’s a bit of a shame. Worse than Portimao, by far. We’re still miles off, it’s still like driving on ice.

“I hope it’s not going to rain because then it will be like properly driving on ice, then maybe we have to switch to spikes or something on the tyres – that would be quite interesting!”

And conditions did not improve much for final practice this morning, casting doubt on Hamilton’s hopes of securing a 98th career pole and his 10th of the 2020 season. 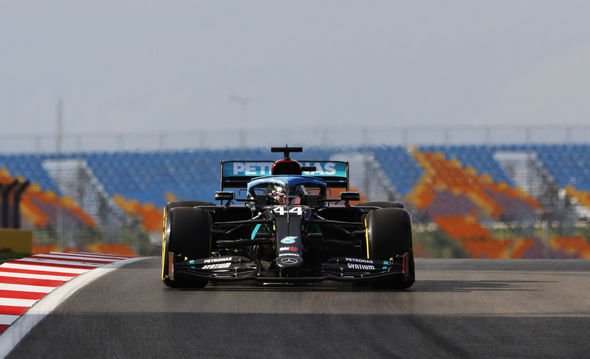 So far this season, the Brit has only been beaten to first on the grid by Mercedes team-mate Valtteri Bottas this year, as he was at Imola last time out, but Bottas has still yet to win this season when starting on pole.

And today’s qualifying could be entirely open due to the slippery track conditions, with Verstappen fancying his chances.

Hamilton’s Emilia-Romagna Grand Prix victory means he came to Turkey knowing that if he wins Sunday’s race, he will follow up a seventh straight constructors’ title with a seventh career drivers’ championship, tying him level with Michael Schumacher.

Bottas and Verstappen are among those looking to prolong Hamilton’s wait, though the 35-year-old 85-point lead atop the standings makes the destination of the crown a relative formality.

Before racing got underway, Hamilton said on Thursday: “The goal here is to win the race, I keep that as the focus.

“When I was fighting for my first world championship, the build-up to those races towards the end and the pressure that was there, that was not needed.

“If I knew then what I know now I would have easily won that championship in the end but hindsight is a great thing.”

Express Sport will be on hand with live qualifying results for the Turkish Grand Prix from 12pm (BST) so stay tuned! 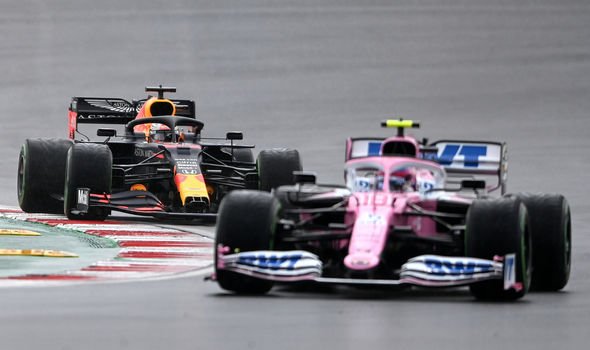