Toto Wolff has opened up on what Lewis Hamilton recently asked him amid uncertainty of the six-time world champion’s future at Mercedes. Hamilton’s future is yet to be resolved at Mercedes with just a matter of weeks left of the season.

The Briton has long made it clear that he would like to stay at Mercedes as he closes in on a record-equalling seventh world title.

But Hamilton sparked some concern of a possible retirement from Formula One after this season after winning the Emilia Romagna Grand Prix in Imola.

“I would like to be, but there is no guarantee of that. 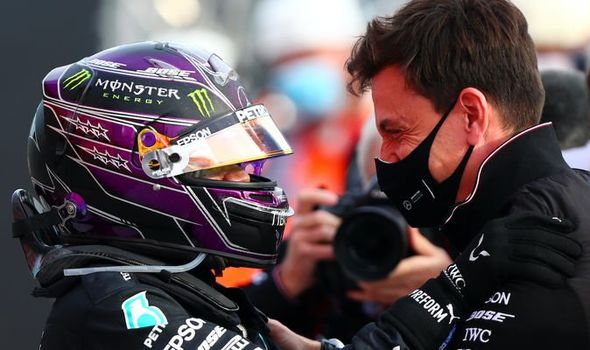 “There is a lot that excites me about Formula One’s afterlife.”

Wolff’s own future at Mercedes has come under question this past year with strong reports that he is considering taking a revised role within the team.

The Mercedes team principle admits Hamilton has asked him about heading into next year.

But Wolff goes on to hint that he expects the pair of them to stay at Mercedes in 2021.

“We go together in a way,” said Wolff.

“We have a symbiosis and obviously it is important where our heart is and mindset is for next year.

“I’ve said that this is my team. I’m in a very proud corner with Mercedes and I’m not going to go anywhere.

“My role may change in the future, and it’s something that Lewis has asked. Nothing is ever secure. 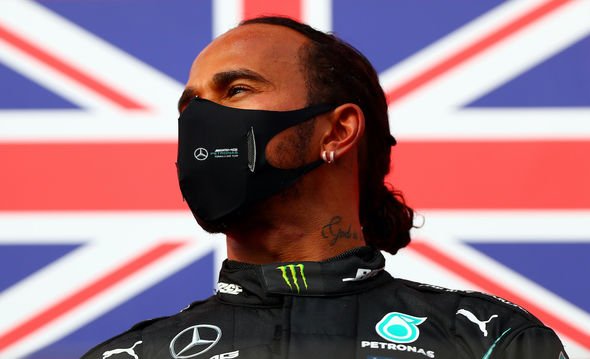 “It was like Niki Lauda in the 1970s: you could wake up one morning at a track and say: ‘I’m just not having fun anymore.’

“And I think that can happen to anybody.

“But we want to continue this journey. We are not finished.”