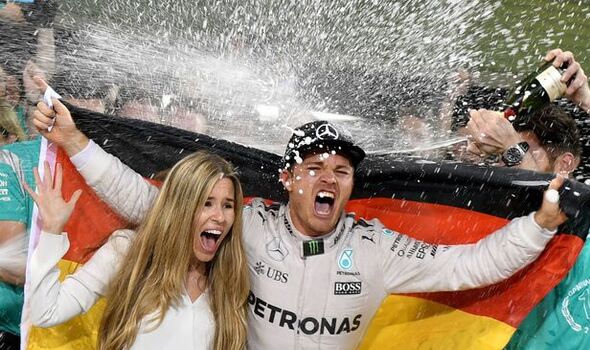 Nico Rosberg has revealed he sent a congratulatory email to his former colleagues at Mercedes after the team’s superb one-two result in Brazil this month. With the Silver Arrows in grave danger of going through the whole campaign without a race win, George Russell took the chequered flag in Sao Paulo from teammate Lewis Hamilton.

It was Russell’s maiden F1 win, and represented a big turnaround for Toto Wolff’s team after a difficult season. Both drivers were plagued by the issue of porpoising for the majority of the year, and were off the early season pace set by Red Bull and Ferrari.

The Silver Arrows eventually finished third in the Constructors’ championship, a title they have won in the previous eight seasons. But their recent renaissance has had Wolff declaring “we are back” and vowing to challenge in 2023.

And now Sky Sports pundit Rosberg, who bowed out of F1 having won the title in 2016, has hailed his former team’s upturn in form. Speaking on Any Driven Monday, he described their comeback as an “an incredible turnaround by them.”

JUST IN: ‘We are back’ Toto Wolff makes 2023 promise to Lewis Hamilton after worst F1 season

“They were sometimes up to one second off the pace in the beginning of the season, from Ferrari and then from Red Bull, at least seven to eight-tenths,” he said. “And then come Mexico and Brazil and suddenly they’re the fastest car out there in the race, especially in Brazil, that’s an incredible turnaround.

Rosberg, 37, drove for Mercedes for seven years from 2010-2016. He famously shared a tempestuous relationship with Hamilton for the final four years, before surprisingly retiring after beating the British driver to the title.

Things didn’t go quite as smoothly in the following race in Abu Dhabi though, with Russell fourth after Hamilton was forced to retire with three laps to go. Afterwards, the seven-time world champion expressed his relief that the season was over.