‘They have kept a very tight control on information… I think it is a pity’: Michael Schumacher’s ex-Mercedes chief urges F1 legend’s family to update fans more on his condition

Michael Schumacher’s former Mercedes boss has urged the F1 legend’s family to tell the public more about his condition.

The seven-time world champion has lived as a recluse at his house on Lake Geneva since suffering brain damage in a fall while skiing in Meribel in the French Alps nearly six years ago.

But this week news leaked that Schumacher, 50, travelled to a Paris hospital for treatment by Professor Philippe Menasche, a cardiac surgeon specialising in stem-cell research. The German was due to have the operation that was postponed in the summer due to an ‘unexpected health problem’. 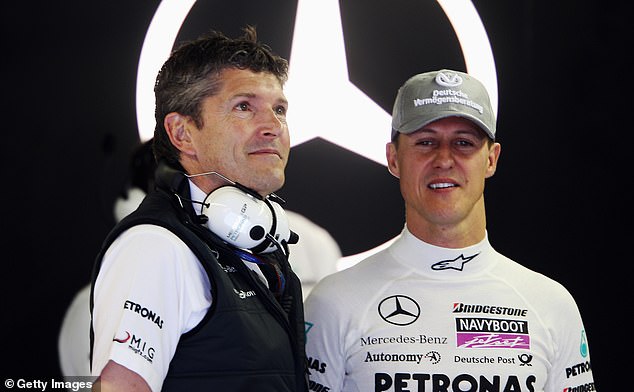 But Nick Fry, who managed Schumacher during his three seasons at Mercedes at the start of the decade, said: ‘Corinna (Schumacher’s wife) and the family have kept a very tight control on information about his condition and his treatment which, I think, is a pity.

‘There are millions of people out there who have a genuine affection for Michael, and that’s not just his fans in Germany or fans of Mercedes Benz.’

Writing in his new book, Survive. Drive. Win., Fry added: ‘I think that reporting on how he is, regardless of whether it is good news or bad – and possibly it is bad news – is important because people can empathise with him because he is not alone. 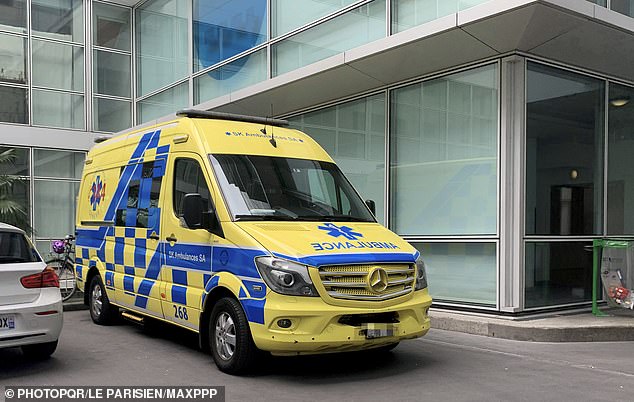 A blue and yellow ambulance from Geneva, Switzerland, is seen parked outside a Paris hospital on Tuesday after reportedly taking Schumacher there for treatment

‘He has sustained an injury while skiing, which unfortunately happens to ordinary people every year.

‘Families of those in recovery generally react better if they know other people are in the same boat.

‘I am sure that techniques and therapies have been developed and tried (with Schumacher) over the last few years that may well help others.

‘It would be helpful for his family to share how they have dealt with this challenge.’ 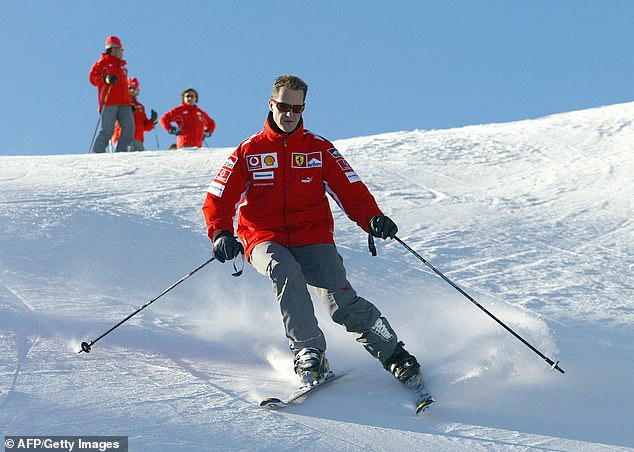