Michael Schumacher “rewrote the rules on driver fitness and commitment” and that’s why he could go flat out at every race. That’s the verdict of the German’s former Benetton team-mate Martin Brundle, who’s hailed him as the “most complete” F1 driver he ever competed against.

Schumacher sits comfortably in the pantheon of motorsport legends following his illustrious 19 years on the F1 grid.

The 51-year-old won 91 Grands Prix in total, with his first two titles coming at Benetton before his immense period of success at Ferrari.

Schumacher won back-to-back titles with the Italians every year between 2000 and 2004 to surpass Juan Manual Fangio and become the greatest F1 driver of all time.

Brundle drove alongside Schumacher at Benetton in 1992 and the 60-year-old has now offered an insight on what made the seven-time champion so special on the track.

During a Twitter Q&A, Sky Sports F1 pundit Brundle said: “Michael was outstanding both in and out of the car. 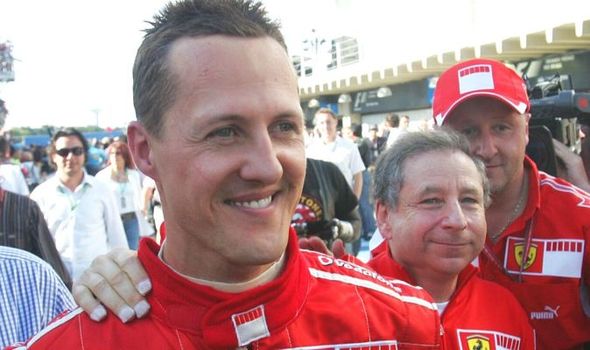 “He rewrote the rules on driver fitness and commitment. He could drive every corner of every lap of every race flat out.”

Brundle did not stop there in revealing his enduring admiration for Schumacher, though.

Brundle was then asked: “Who do you think is the best racing driver that you ever raced against, across all motorsport?”

Tweeting via the Sky Sports F1 account, Brundle said: “The rally drivers are probably the most talented I’ve raced against because of rally stages change so dramatically.

“In F1, the fastest I raced against was [Mika] Hakkinen, the most complete was Schumacher and the greatest God-given talent was [Ayrton] Senna.”

After retiring from F1 in 2006, Schumacher made a comeback with the ailing Mercedes team in 2010 but was unable to turn around their fortunes. 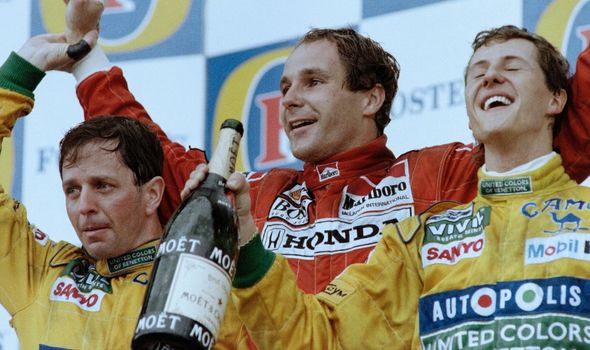 Schumacher remains the most successful driver in F1 history with his race wins and title records unmatched since his second retirement in 2012.

Lewis Hamilton is just seven victories and a title short of equalling him, though, and will be desperate to do so this year.

The Mercedes driver’s charge for even more honours is on hold, however, with coronavirus pandemic seeing the start of the 2020 season delayed.

Races in Australia, China and Monaco have all been cancelled, with meets in Bahrain, Vietnam, Holland, Spain and Azerbaijan postponed for now.

That means the 2020 season is now expected to begin with the Canadian Grand Prix on June 14.