Lewis Hamilton has claimed his season-opening Bahrain Grand Prix win was a ‘blessing in disguise’ in terms of the way he is perceived by neutrals. The Brit got his campaign to win an unprecedented eighth Drivers’ Championship off to the perfect start, with a thrilling win over Max Verstappen.

The Red Bull driver, who started the day on pole position, appeared to be favourite to win the race, but Mercedes’ decision to pit Hamilton early would evetually prove successful.

After taking the lead, Hamilton remained in front until the closing stages, when Verstappen squeezed past with just four laps remaining.

However, the 23-year-old was swiftly ordered to let Hamilton back in front after exceeding track limits in order to make his move stick.

Mercedes went into the first race of the new season with the knowledge that their car wasn’t quite where they wanted it to be.

JUST IN: Lewis Hamilton opens up on ‘horrifying’ battle with Max Verstappen 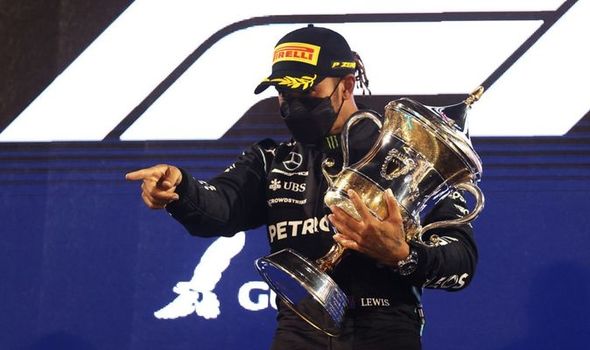 But in winning in Bahrain, Hamilton believes he sent a message to those who believe he is nothing more than the driver in the fastest car and heightend his case in the debate of who is the greatest of all time.

“I think today was definitely a blessing, perhaps in disguise,” Hamilton explained.

“I think there’s always a chance, opportunities to prove people wrong, and I like to think that today is definitely one of them.

“But I think there have been several in the past – there have been many in the past, obviously, I’ve been around a long time – but I hope there are many opportunities in the future to be able to show what I was able to do today also.

“Of course, we were fortunate today with Max going wide in Turn 4 but that won’t happen again. 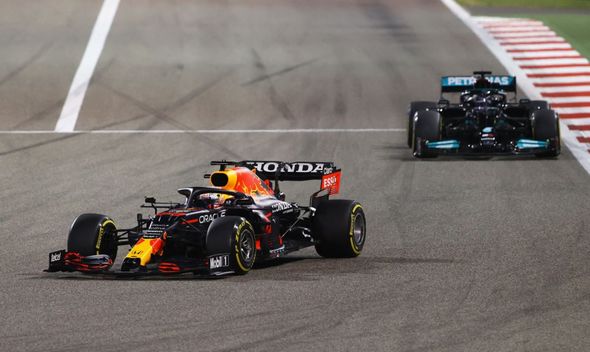 “I’m pretty sure so we’ve got to do better, we’ve got to be smarter and how we navigate through our weekends with the fact that we don’t have the fastest car at the moment but that’s all good for me, I don’t mind having to pull out extra in order to make the difference.”

Verstappen meanwhile, was philosophical in his post-match press conference, particularly after showing signs of frustrations in the immediate aftermath of the dramatic finish.

The Dutchman was forced to surrender his lead and as he slowed to pit at the end of the race, he was heard saying: “I prefer to lose a win like that than be second like this.”

However, with time to reflect, Verstappen understood the decision and also added he gave the position back at the fairest place, rather than at a point of the track they could have given him a clearer chance of retaking the lead. 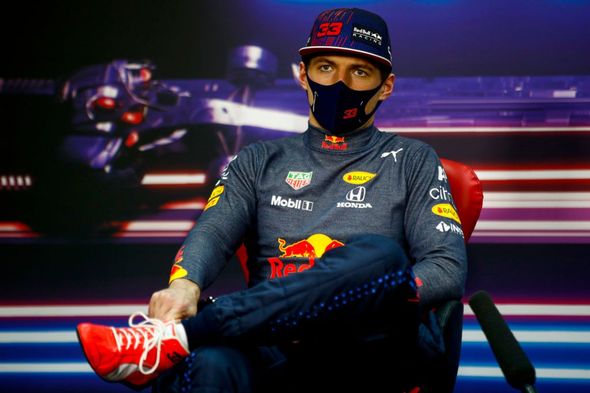 “I knew that I ran out of the track limits, yeah, and then at Turn 8 they told me, so I gave the position back out of 10. It is what it is.

“If I would have let him by later then it’s an unfair way of giving the position back because then you’re so close and it’s an easy DRS pass so I had to do it after Turn 10.”

Elsewhere on the grid, Hamilton’s team-mate Valtteri Bottas managed to hold onto third place after an unfavourable strategy call from Mercedes seemed to end his hopes of claiming an unlikely victory.

The Finn was initially told that he would race a long second stint in order to aid his chances of catching up to Verstappen, but was quickly brought into the pits before his second stop was delayed significantly by a problem with the right front wheel nut.