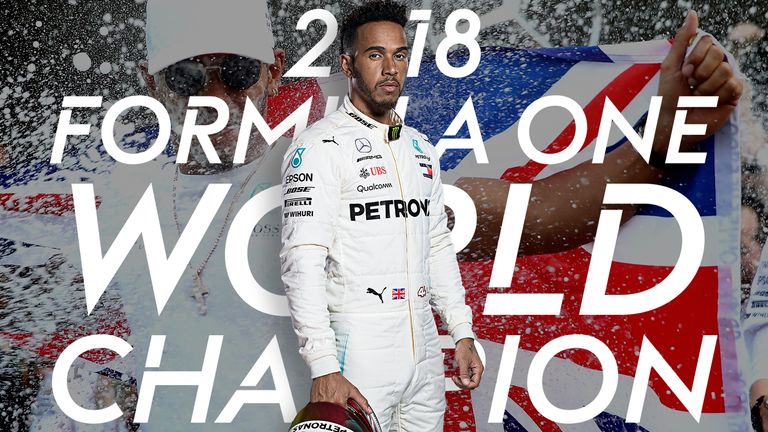 Lewis Hamilton has become Formula 1 world champion for the fifth time to cement his place among the sport’s all-time legends.

Hamilton wrapped up the 2018 crown with fourth place at the Mexican GP.

Hamilton is just the third driver in history to win five or more Drivers’ Championships after Juan Manuel Fangio, the 1950s great, and Michael Schumacher.

Only Schumacher, with seven titles, has now won more F1 championships than Hamilton.

All of Hamilton’s 2018 results

“It’s a very strange feeling right now. It wasn’t won here, it was won through a lot of hard work through many races,” said Hamilton.

“I’ve been with Mercedes since I was 13 so to complete this – Fangio had done it with Mercedes – it’s an incredible feeling and very surreal at the moment.”

At 33 years of age and in his 12th season of F1, Hamilton is at the same stage of his career as Schumacher was when the German great clinched his fifth crown in 2002.

Fangio, who won five of the first eight F1 championships after the series was launched in 1950, was 46 years old when he won his fifth and final title in 1957.

Sky Sports F1 is the only place to watch every Formula 1 Grand Prix, qualifying and practice session live in 2018. Get Sky Sports F1.