Mercedes team principal Toto Wolff is already looking ahead to opening contract extension talks for the 2022 season with Lewis Hamilton and insists discussions will begin “during the season”.

The Silver Arrows confirmed on Monday that Hamilton had finally extended his association with the team into a ninth Formula One campaign.

But talks between the driver and the team dragged on far longer than was expected, with Hamilton having previously said he hoped an extension would be agreed prior to Christmas last year.

Discussions between the two parties only got underway a few days before Christmas and were drawn out across several months before the final spot on the 2021 driver line-up was confirmed.

The seven-time champion is now signed up for 2021 but has only put pen to paper on a one-year agreement, meaning rumours over his long-term future in F1 are likely to persist. 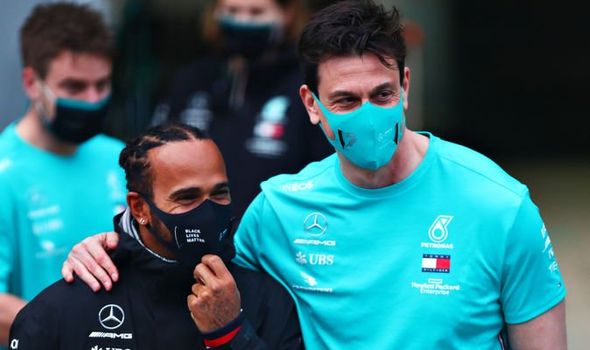 And Wolff insists he and Hamilton will sit down far earlier when it comes to discussing his future for 2022 and beyond.

Asked when talks between Mercedes and Hamilton could start this year, team boss Wolff declared: “Definitely earlier than the 2021 deal!

“It’s always tricky to find some time whilst racing but we have learnt the lesson that external factors can delay discussions and we don’t want to end up in January again, so we are probably going to pick up checking about 2022 much earlier.

“We agreed jointly that we didn’t want it dragging on as much or as long as we did this time around and we are trying to find some time together during the season.”

Wolff added: “We jointly agreed on a one-year deal. First of all there is a substantial regulation change in 2022. We also want to see how the world develops, and the company. 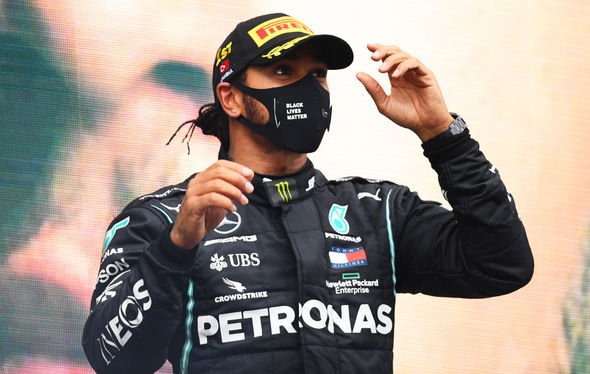 “On the other side, because we kept it very late… it was important to get it done as soon as possible. In that respect we thought let’s postpone the discussion about 2022 and onwards until a later stage in 2021.

“So, the money topic wasn’t the sticking point. It was more about letting us get going quickly for 2021. We respect that a sportsperson has a shelf-life and that you need to optimise the outcome whilst being active.

“But on the other side, Lewis has a global perspective of what is going on out there and he always recognised that.

“We have always been quite aligned on what the other side would expect. For me, he’s the best driver.

“He has a huge global following, much beyond the racing fan and he has won seven championships without making major mistakes in the last few years. Like many in the team and the wider organisation, he’s an important pillar of the success.

“On the other side, Lewis recognises that he’s one of 2000 that we have within our team and that it’s not two superstars, but we are 2000 superstars. And each of us contributes to the team’s success.

“Because he has this helicopter perspective from the wider world out there, it was a very tough year for us personally, from a health standpoint, and also from an economical standpoint, so he knew that even though he has delivered on his side, there is a economical reality out there that is important to respect.” 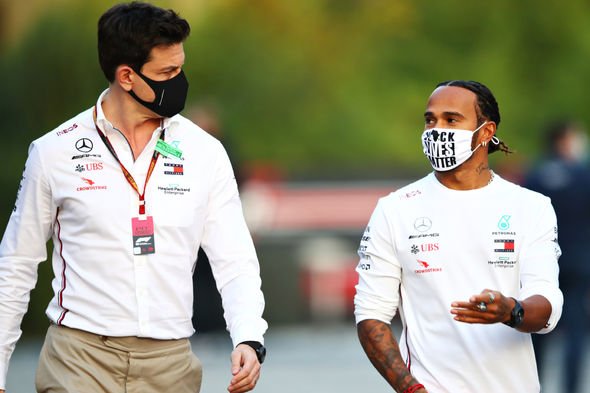 Hamilton’s one-year deal means the Briton and current team-mate Valtteri Bottas both stand to be free agents in less than 12 months’ time.

Mercedes junior George Russell is also in the final year of his three-season Williams agreement and shone in Hamilton’s place at the Sakhir Grand Prix in early December.

But when it comes to deciding their line-up for 2022, when Russell will be pushing for a promotion to the Silver Arrows, Wolff has vowed to first discuss the situation with Hamilton and Bottas.

“Our first discussions are going to be with Valtteri and Lewis in respecting our values, integrity and loyalty – but on the other side the young drivers are the future,” continued Wolff.

“Therefore we need to consider how we want to set ourselves up for the years beyond.”