Lewis Hamilton set the quickest time in the second practice session at the Portuguese Grand Prix and he will hope to continue the momentum during qualifying this afternoon. The Brit is expected to be locked in a fierce title battle with Max Verstappen this year.

Red Bull were the quickest for the majority of the season-opening weekend in Bahrain but Hamilton edges over the chequered line in first place to get his campaign off to a winning start.

Verstappen got himself on the board in Imola last time out after Hamilton struggled to recover from an early spin.

Hamilton sits one point above Verstappen in the Drivers’ Championship but Mercedes edged FP1 and FP2 in Portugal on Friday.

Seven-time world champion Hamilton was asked if that meant the Silver Arrows held the advantage for the rest of the weekend. 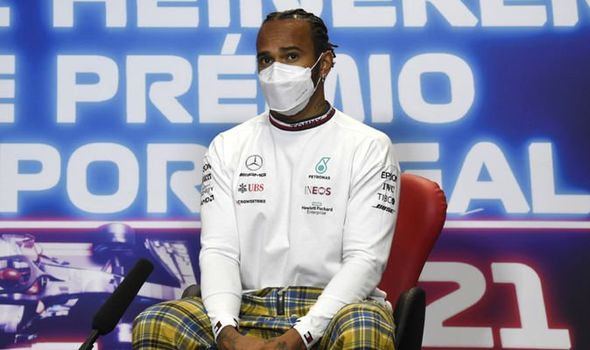 “Aren’t we equal on points or something? The Red Bulls are still ahead of us on performance, but I think we’ve done quite a good job generally over the first two races, and I think that we have a long way ahead of us still.”

Hamilton did clearly not want to bill his team as the hot favourites and he discussed further problems during Mercedes’ debrief.

“It’s a little grippier here this year but it was very windy today so I think everybody was struggling with balance and sliding around,” he explained. “Not a massive amount of track evolution between the sessions – as it got hotter, the track got slower.

“This morning seemed to be a little bit better, then this afternoon it got warmer and windier so it seemed to make it harder for people to find time and work on their balance.

“I think it’ll be a close one this weekend. I don’t know what Max’s lap was like in FP2 but mine wasn’t perfect so we definitely have some time to come from the car and improvements to make.

“But I’m sure Red Bull have too. It was close, as it has been the last couple of races, so I’m sure it’ll be an exciting qualifying and race in store.”

Hamilton’s team-mate Valtteri Bottas, who was quickest in FP1, said: “In terms of pace, it was not a bad start – I think we are there or thereabouts. It’s going to be close, no doubt. Quite similar feelings to last year here, it’s a slippery tarmac and the rear of the car is pretty loose in places, so it’s not easy to get clean laps.

“For me, the softer we went with the compounds, the more tricky the car became, and the Medium tyre looks to be working best. 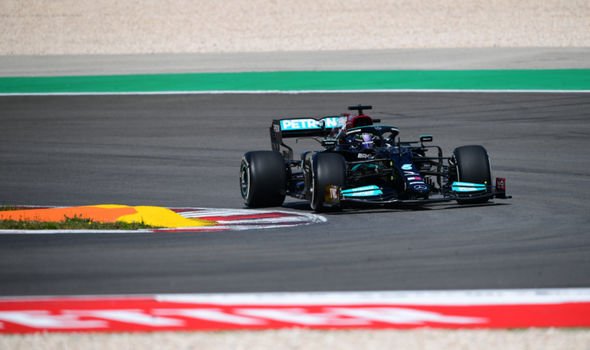 “The track has improved from last year, slightly more grip and definitely a step in the right direction.

“Tomorrow it is going to be important to get the heat in the tyres in the right way – it’s going to make a big difference.

“It will be close between us and Red Bull and could swing either way. Whoever finds more lap time overnight gets pole.”