Netflix’s Formula 1: Drive to Survive features touching tributes to racing legend Niki Lauda after he died in May 2019.

The most emotional of these come from Mercedes’ world champion driver Lewis Hamilton and team boss Toto Wolff, both of whom worked with Lauda while he was the team’s non-executive chairman.

Both men knew the vital role Lauda played to help turn Mercedes into an all-conquering team which has won six consecutive doubles of drivers’ and constructors’ championships.

The Austrian won three F1 titles himself in 1975, 1977 and 1984. He also pulled off one of sport's most famous comebacks when he returned to racing less than six weeks after nearly being burned to death in a terrifying crash.

Lauda joined Mercedes in 2012 and quickly set about helping the team recruit Hamilton from rivals McLaren.

At that time Hamilton had one F1 championship to his name, which he won with McLaren in 2008.

In 2012 his contract with the team was nearing its end. Mercedes, who at that time had a single race win to their name since 2010, had already made him an offer while McLaren were also putting forward a contract extension.

On the eve of that year’s Singapore Grand Prix he spoke to the British driver.

"I had to see him in his room between two to four in the morning," he told Reuters in 2013. "I remember the discussion because he was on pole position with McLaren, was basically winning everything and I asked him 'would you consider going over to Mercedes?'.

"I was sitting in front of the television, saying 'please crash, please retire'. I was sitting and waiting for this and, bingo, gearbox gone. I went to see him right after that." 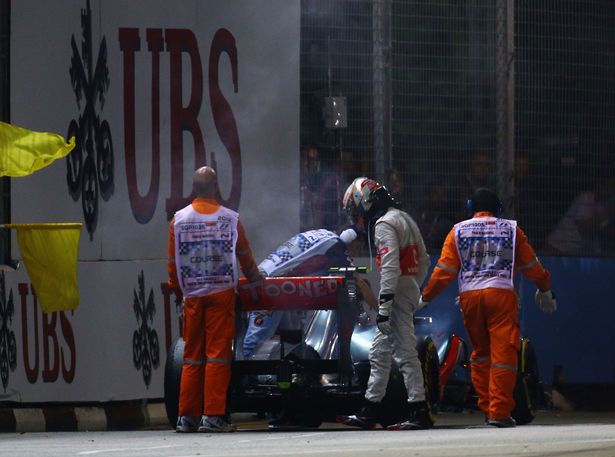 It was then that Lauda told Hamilton that if he could get Mercedes winning regularly, something the great Michael Schumacher had been unable to do up until that point, then people would rate him much higher.

Soon afterwards the deal was done.

Hamilton only won a single race in 2013 but he has gone on on to win the world championship five times in the subsequent six seasons. He now sits second in the all-time rankings for race wins and titles.

Ironically Hamilton didn’t believe Lauda held him in high regard before the pair teamed up at Mercedes.

“I recall one year in Valencia when I was driving for McLaren I was being questioned about, ‘Niki has said this about you, Niki has said that, what do you think?’ and it seemed he didn’t have a very high opinion of me,” he told Motorsport Magazine.

However once they teamed up at Mercedes they became firm friends with Lewis often going to see Niki’s Ibiza home.

Lauda used his straight talking ways and stature to tell Hamilton things others couldn’t, such as pointing out his error when Lewis hit Mercedes teammate Nico Rosberg on the opening lap of the 2016 Spanish Grand Prix.

So when F1’s greatest survivor died in May last year aged 70, the impact on those in Mercedes was huge .

Hamilton raced wearing Lauda’s helmet design days later at the Monaco Grand Prix and dedicated his victory to him.

“I just so miss talking to the dude, I miss his texts, the videos we shared,” he said. “I still have them. I’ve kept them and still revisit them.