George Russell 'gutted' to miss out on Sakhir GP victory

Max Verstappen has been waiting patiently for Lewis Hamilton to move over so he can become F1’s biggest star. However, George Russell may ruin the Dutchman’s dream as his stock has risen ten-fold.

Verstappen has been Hamilton’s biggest challenger over the last two years despite being in an inferior car.

Many pundits and fans have tipped the Red Bull ace to be a future world title winner.

None of the younger drivers on the grid have been able to fight at the front of the pack like Verstappen has.

That was until Russell showed he has what it takes to mingle with the best at the Sakhir Grand Prix last weekend.

Mercedes have dominated both the Drivers’ and Constructors’ Championship since 2014 and it has often been claimed their success is down to their vehicle. 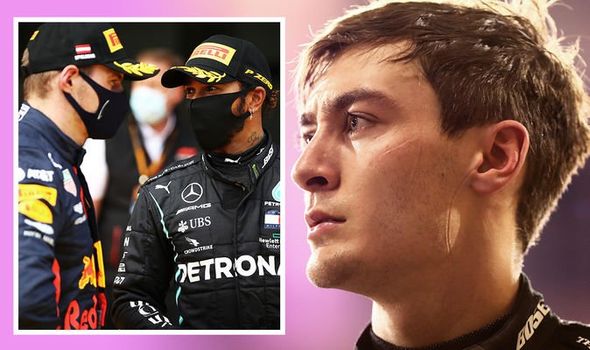 Hamilton is 35 years old and may not be competing in motorsport’s premier competition for too much longer.

Once he decides to step away from F1 it will pave the way for the younger generation to take over.

Verstappen is then expected to dominate with whatever team he chooses to be with.

There have been strong suggestions that Mercedes may look to sign the 23-year-old to fill Hamilton’s boots.

The potential transfer has dominated F1 headlines whenever Hamilton’s contract is discussed.

But there is now a new man in the running as Russell is a serious contender for a leading F1 seat.

The 22-year-old should have recorded the first victory of his F1 career in Bahrain but for a horrific double-stacked pit spot and late tyre puncture.

Verstappen must have been thinking that his time is near and he will soon be the biggest pull for teams to fight over. 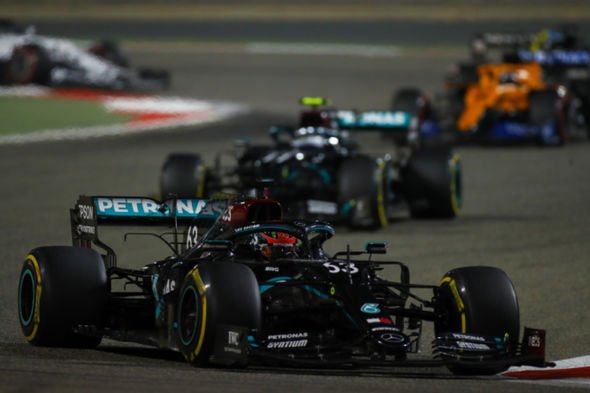 His hopes of winning a Drivers’ Championship is still a huge possibility but there are signs it will no longer be an easy task.

If Russell is given a Mercedes drive in 2022, when Valtteri Bottas or Hamilton could step away, then it will turn Verstappen’s dream into a nightmare.