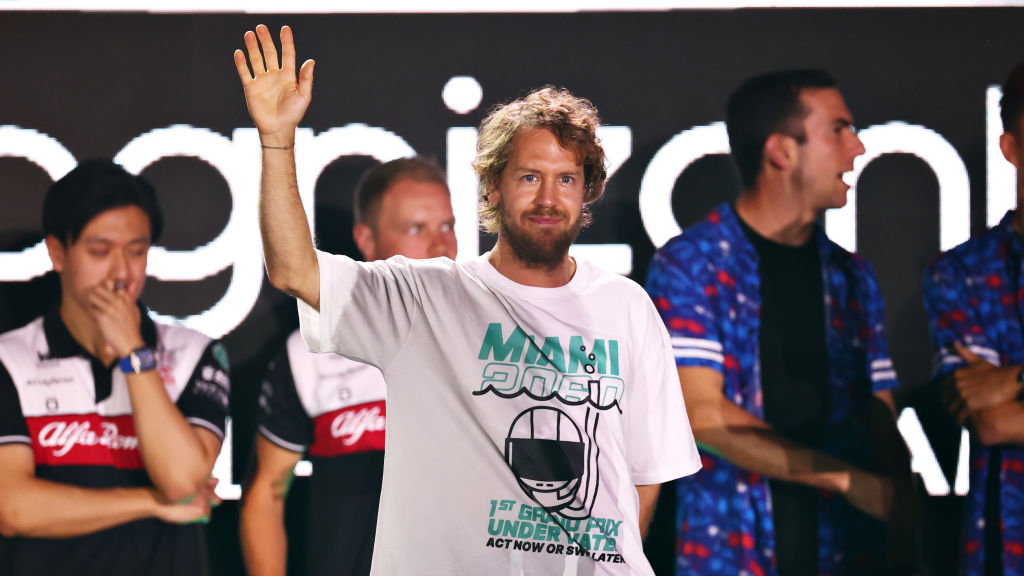 The Aston Martin driver’s appearance on the show was announced last week by host Fiona Bruce, catching many fans and viewers by surprise.

It is the first time an active F1 driver will appear on the long-running show, that features live debate between politicians and other personalities, with questions being asked by members of the public.

One of the most popular drivers on the grid, Vettel has become well-known for supporting various different causes, but admitted he hoped to discuss several subjects on Question time.

‘I’m fairly open,’ the 34-year-old German said. ‘I think it’s a different format. And yeah, I’m looking forward to it. I think there’s a lot I can learn.

‘Obviously, I have my opinion. I’m not saying it’s always right or wrong.

‘But I think it will be interesting because it will be a very different setting and probably different sorts of questions or topics to be spoken about.’

Last season, Vettel received praise, but also backlash from the FIA, for wearing a rainbow shirt with the words ‘Same Love’ on it at the Hungarian Grand Prix, in protest of the country’s discriminatory laws against the LGBTQ+ community.

He also set up a women-only karting event in Saudi Arabia to advocate for more rights for female drivers in the Middles Eastern state, and earlier this year became the first driver to say he would boycott the Russian Grand Prix following the country’s invasion of Ukraine, with the race cancelled shortly thereafter.

On the track, he is one of the most successful racers of all-time, winning four straight titles with Red Bull from 2010 to 2013, and to date has 53 wins, 122 podiums and 57 pole positions to his name.

The former Ferrari driver also holds several notable F1 records, including most wins in a season (13 in 2013), most consecutive wins (nine), and youngest world champion ever.

Vettel’s Question Time debut is due to air at 10:40pm on Thursday on BBC One.