‘We are closer to getting women into Formula One’: Final two races of this season’s W Series will be on the undercard of F1’s United States and Mexican Grands Prix

The final two races of this season’s W Series will be on the undercard of Formula One’s United States and Mexican Grands Prix.

The all-female motor racing championship has announced a new eight-race calendar for 2020 with the campaign to end in Austin and Mexico City on back-to-back weekends.

This is a significant step for the series, in which Britain’s Jamie Chadwick, development driver for the Williams Formula One team, will be the defending champion after winning last year’s inaugural title and the £400,000 prize pot. 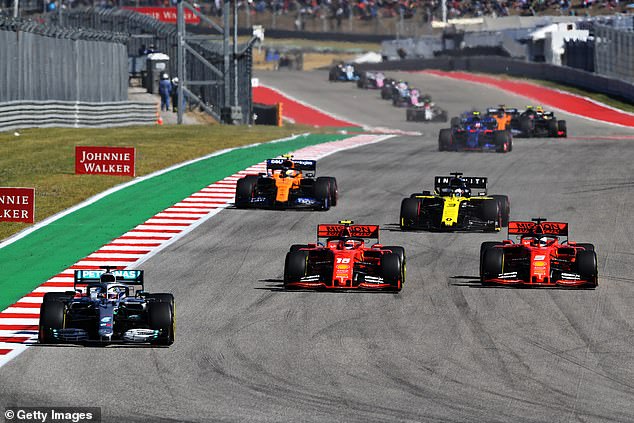 It has been 44 years since a female driver, the Italian racer Lella Lombardi, last took part in a Formula One Grand Prix.

‘What is starting to happen is that a lot of brands and championships are now looking very carefully at our drivers,’ said Bond Muir, who dreamt up the championship in the hope of creating a path for female drivers to race at the highest level.

‘We are already starting to achieve our ambitions. We are closer to getting women into Formula One.

‘Progressing within motorsport requires people to have access to a lot of money because you need the support the sponsorship as well as the talent.

‘This opportunity will give our drivers a much bigger and better platform in which to promote themselves. Hopefully as their careers progress they will be able to attract more sponsorship. I do think that this is of crucial importance.

‘Formula One approached us a few months ago and said they would be interested for us to be on their calendar. We looked at a number of potential races and these two fitted into our schedule.’ 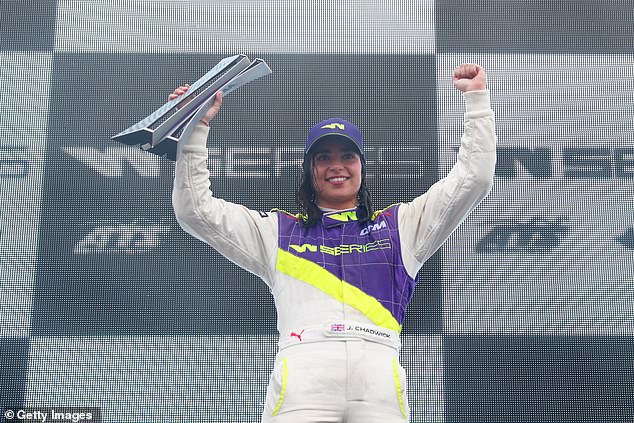 The two rounds in the US and Mexico are due to take place on the Saturday, when qualifying is staged for the Formula One race.

The 2020 W Series will start with a new event in St Petersburg in May, while Brands Hatch, last year’s season-ending race will host the fifth round of the campaign on August 23.

‘We are delighted to welcome W Series to two such spectacular events,’ said F1 motorsport boss Ross Brawn. ‘In just one year, W Series has contributed significantly to increasing interest in the topic of diversity and inclusion in motorsport.

‘We are convinced that our sport must offer equal opportunities for men and women to compete together.

‘It is no coincidence that improving the diversity of the F1 grid by supporting and promoting driver talent from underrepresented backgrounds is one of our strategic objectives.

‘The ability for the great crowds who traditionally attend the US and Mexican Grands Prix to see these talented female drivers up close will definitely further raise the awareness of the importance of inclusion and diversity in motorsport.’