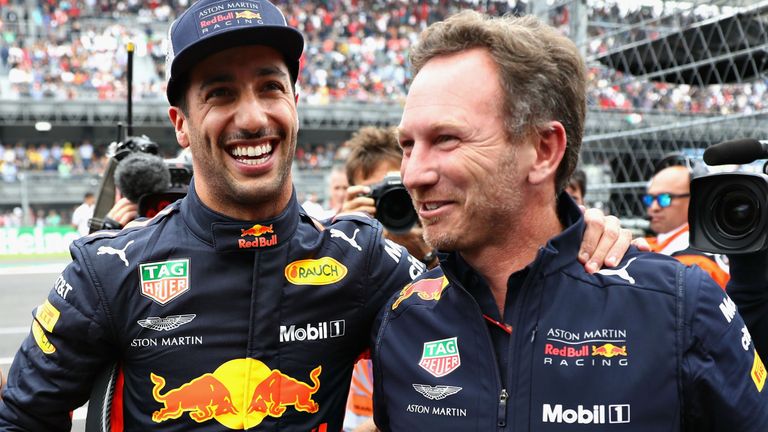 Daniel Ricciardo has confirmed he will finish the season with Red Bull after rowing back on his controversial comments following the Mexican GP.

A frustrated and highly-emotional Ricciardo described his Red Bull as “cursed” after his eighth retirement of 2018 in Mexico, and said he did not “see the point” in turning up for the final two races.

But Ricciardo, who is leaving the team for Renault at the end of the year, has now backtracked following that outburst.

“I will be doing the last two races,” Ricciardo said in a video posted on Instagram. “That’s what I’m about. I’m not about that other life!”

The Australian continued: “It’s been massive highs and lows this year, obviously more lows, so it’s been frustrating.

“But I owe it to myself and all the guys that work their butts off to give it two more cracks before we see each other off.”

When’s the Brazilian GP on Sky?

The next race is in Brazil next weekend, before the season concludes with the Abu Dhabi GP.

“I will be there,” Ricciardo insisted. “I just needed a few days off really. It feels good.”

Ricciardo has not finished on the podium since winning in Monaco and has endured a woeful run of luck recently. He has suffered back-to-back DNFs, and four after the summer break.

His Mexico clutch failure was possibly the most frustrating; the 28-year-old had put his RB14 on pole and looked well-placed to finish second behind team-mate Max Verstappen.

“You can understand his frustration and hope that this dark cloud that’s following around lifts for the final two races.”

Sky Sports F1 is the only place to watch every Formula 1 Grand Prix, qualifying and practice session live in 2018. Get Sky Sports F1.