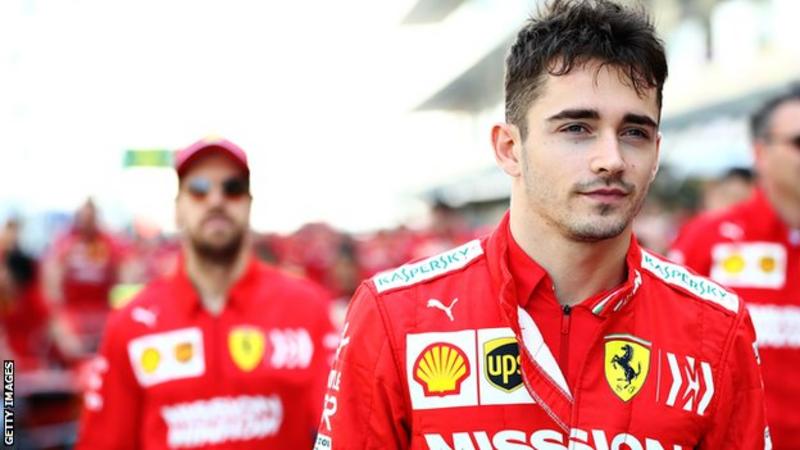 Ferrari’s Charles Leclerc says he and team-mate Sebastian Vettel will not crash together on track again.

Their collision in Brazil at the end of last season was the climax of a series of controversies between the two drivers as they fought for supremacy.

“We are extremely competitive and sometimes on track we might have some frictions,” Leclerc said.

“But in the end we are mature enough to know that what happened on track is on track and off it we are different.”

The 22-year-old Monegasque, who was speaking in an interview with Autosport, added: “The most important thing is we work together well off track to develop the car in the best way possible and of course not exceed the limits when we are on track like we have seen in Brazil.

“But I think it was a good lesson for both of us and it won’t happen again.”

There were a series of flashpoints between Leclerc and Vettel last season, as Ferrari sought to contain their rivalry.

Before Brazil in mid-November, one of the most dramatic was at the Russian Grand Prix in September, when Vettel directly ignored team orders to let Leclerc past him, as the final part of an orchestrated start procedure aimed at ensuring the drivers were running one-two.

That immediately followed other controversies at the Italian and Singapore Grands Prix.

Leclerc, however, said that each time the pair were able to clear the air once the dust had settled.

Leclerc said: “There have been times when we didn’t really understand each other in some situations. But it is never really good to speak about it straight away after an incident. So we left some time and then after Russia we sat down again in Japan and we understood each other and we have grown from this experience.”

Leclerc was one of the stars of 2019 in only his second season in F1 and before Christmas extended his contract with Ferrari until the end of 2024.

He said that his focus ahead of the new season, which starts in Australia on 13-15 March, was on reducing the number of errors he made in his first season with the team.

“I am working extremely hard to do less mistakes than in 2019,” Leclerc said. “As a team we also need to focus on that.”

Ferrari had a disappointing 2019. Although Leclerc secured the trophy for most pole positions, the team won only three races in a year in which they had hoped to contend for the championship, their hopes derailed a number of times by mistakes from either drivers or team.

“We have been working well and I feel definitely more ready than in 2019. I hope I will be able to prove it on track.”