Bring it on! Lewis Hamilton welcomes prospect of taking on Max Verstappen for world championship

Lewis Hamilton is relishing the challenge of defending his Formula One world title against rising star Max Verstappen.

Dutchman Verstappen has won two races this year and was cruising towards another in Brazil on Sunday before a crash with Esteban Ocon ruined his hopes. 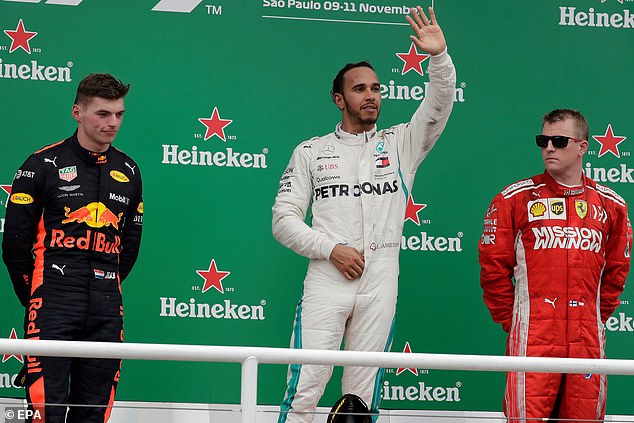 Hamilton, who took victory in Sao Paulo, has been impressed with Verstappen this year and expects the 21-year-old and his Red Bull team to provide serious competition in 2019.

‘This year they’ve been incredibly strong and I can only imagine next year, they’re going to be even stronger,’ Hamilton told Sky Sports.

‘I think for the sport it will be great if Red Bull are more in the battle with Ferrari and Mercedes and we welcome any more teams.

‘He’s such an awesome, young talent. I’m looking forward to many races with him.

‘At the weekend in Brazil, we had the engine problems so I didn’t feel I was really able to fight with him on track but I’m looking forward to the day that happens.’ 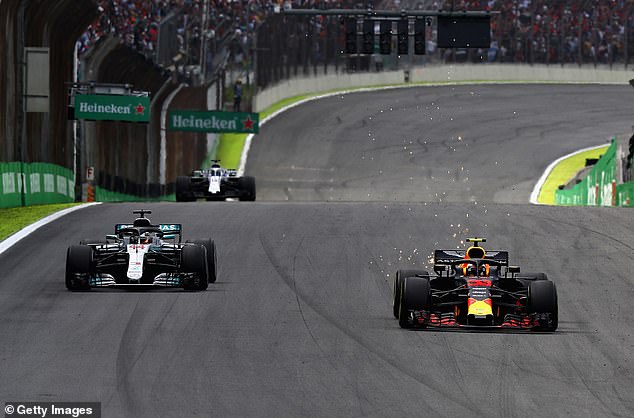