Valtteri Bottas set the pace ahead of Max Verstappen in first practice for the Belgian GP, as the close Mercedes-Red Bull battle resumed on Formula 1’s return from its summer break.

The stakes couldn’t be higher heading into the second half of an epic 2021 season with Mercedes now unexpectedly edging both championships – 12 points ahead of fierce rivals Red Bull in the team standings while Lewis Hamilton is eight clear of Verstappen in the drivers’ – after a huge swing in momentum at the last two incident-packed races.

And Bottas kicked off the team’s Belgian GP nicely in wet-dry conditions, edging Verstappen by a tenth of a second on soft tyres. Verstappen had dominated the first half of the session on the hard compound.

New title leader Hamilton, however, was adrift and finished way down in 18th after his fastest lap was aborted due to a near-miss with the Williams of Nicholas Latifi at the final chicane.

Hamilton, running a higher downforce package compared to Bottas, was a tenth up on his team-mate’s best time through the first two sectors and looked to heading to the top of the timesheets before very nearly making contact with Latifi. 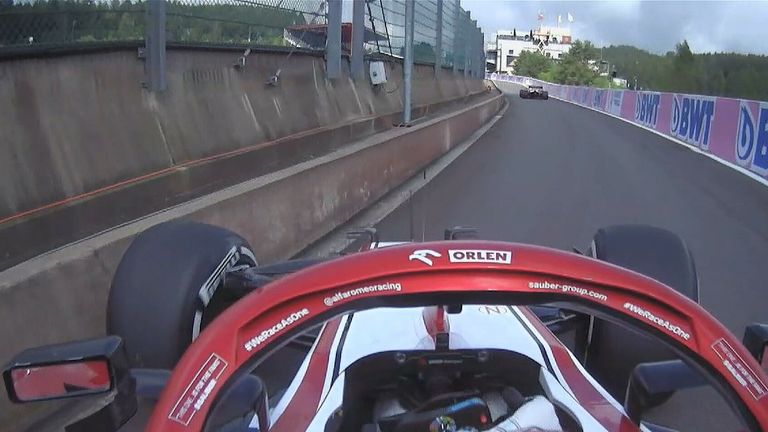 In Hamilton’s absence from the front, Pierre Gasly took third place for AlphaTauri, ahead of the Ferraris of Charles Leclerc and Carlos Sainz.

Red Bull’s Sergio Perez was only sixth, almost a second off the pace.

Sebastian Vettel, fresh off his podium-losing disqualification from Hungary, was seventh, while the shock Budapest race-winner Esteban Ocon, also made the top-10 along with Alpine team-mate Fernando Alonso. 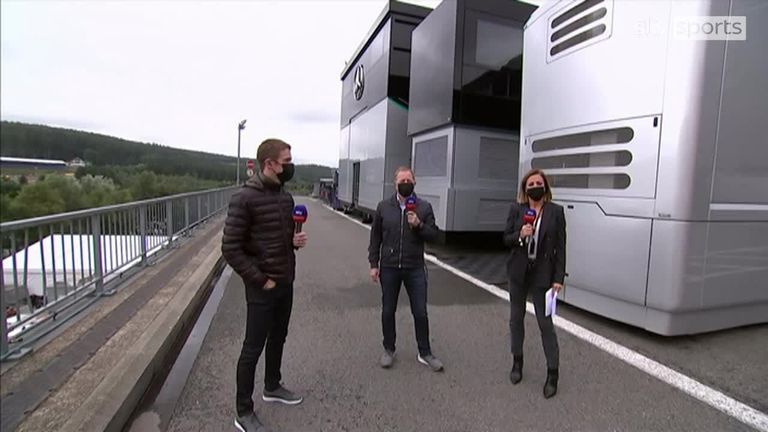 Lando Norris was the lead McLaren in eighth in a session which, predictably given the conditions, had a few spinners and incidents.

Yuki Tsunoda and Kimi Raikkonen both went round in their cars, while the Finnish driver – a four-time winner at the famous Spa-Francorchamps circuit – also had a bump in his Alfa Romeo in the pit-lane.

Changing conditions are forecast throughout the weekend, with rain possible for qualifying and the race.