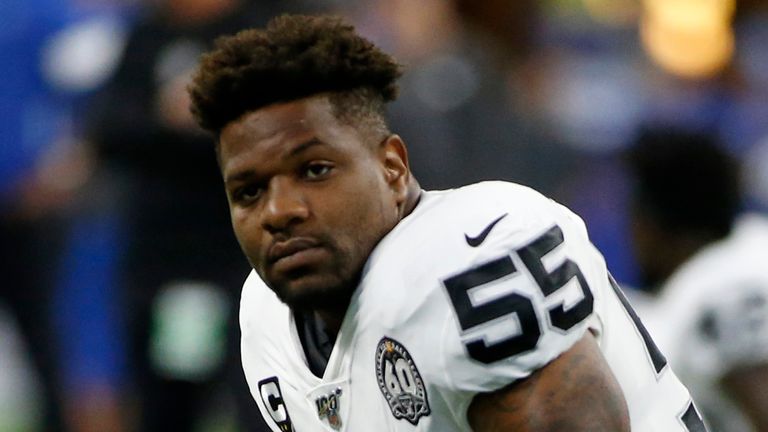 Playing for the then-Oakland Raiders, Burfict was suspended for the final 12 games of the 2019 season after his helmet-to-helmet hit on Indianapolis Colts tight end Jack Doyle in Week 4. It was the longest suspension in NFL history for an on-field hit.

Burfict, 29, is a free agent. He was playing on a one-year, $2m contract with the Raiders, a discounted deal due in part to his previous transgressions.

In 2016, Burfict had a five-game suspension for a hit on Kansas City Chiefs fullback Anthony Sherman reduced to three games.

He has amassed more than $5.3m in fines and forfeited salary due to suspensions in his career, Spotrac said.

Burfict’s agent, Peter Schaffer, said the eight-year NFL veteran has been working out at his alma mater, Arizona State.

“Vontaze has spent the entire offseason studying and learning the proper code of conduct for participation in the NFL,” Schaffer said, per Pelissero.

“He has watched tape, talked with coaches and NFL experts doing everything he can to conform his passionate play to the rules of the NFL.”

Burfict has 622 tackles, 8.5 sacks, five interceptions and five fumble recoveries in 79 games (77 starts) with the Bengals and Raiders. He made the Pro Bowl in 2013.

Sky Sports NFL will keep you updated with all the news and offseason storylines, including the Scouting Combine, Free Agency and the NFL Draft. Follow us @SkySportsNFL and at www.skysports.com/NFL