1) Super Wild Card Weekend kicked off with a tense, tight, highly entertaining bout in Buffalo that ended with white knuckles as the Bills hung on for their first playoff win and trip to the Divisional Round since 1995. Josh Allen put a stamp on his All-Pro season, making dart throw after dart throw to thwart a stellar Colts defense. Allen’s ability to conjure magic, escape pressure and throw from any platform was on display Saturday as he compiled 324 passing yards on 26 of 35 attempts with two TDs. Allen’s patience, taking easy throws against Colts zones kept drives alive. The smart tosses were complemented with big splash plays when he had time. Allen went 5 of 6 with a TD on passes beyond 20-plus air-yards. The QB’s performance was a continuation of what we’d seen all season from the young star. Allen combines a rocket arm, can flick throws easily all over the field, and run through opponents (leading the Bills on the ground with 54 yards and a TD on 11 totes). His lone mistake at the end of the game came with a fumble as the Bills were trying to milk the clock. Luckily Buffalo recovered and held on, or it would have been another heartbreaker for Allen in the playoffs. One big difference this year from last season’s wild-card collapse against Houston was Allen had Stefon Diggs to go to in key spots. The league’s top receiver sored past a Colts defense designed to slow him. When Allen needed a key play in the second half, there was Diggs swooping in for a big catch. Diggs finished with six catches for 128 yards and a TD. The 35-yard streaking score stretched the Bills’ lead to 14 points early in the fourth quarter and helped enable Buffalo to snap their streak of six playoff losses.

2) The end of the first half changed the complexion of the contest. Philip Rivers drove the Colts down to the doorstep late in the second quarter, leading 10-7. Indy had four plays inside the 4-yard-line. On fourth down, Frank Reich opted to go for the TD. Rivers couldn’t connect with a diving Michael Pittman in the corner of the end zone. Instead of a 17-7 or 13-7 deficit, Buffalo got its chance to flip the script. Allen connected with rookie WR Gabriel Davis on a couple close sideline bombs that were pure magic from the QB. Buffalo drove 91 yards on 10 plays in 1:32 to score the go-ahead TD and take a lead it would never relinquish. Also getting the ball after half, the Bills marched for a field goal. It was a sequence of events that altered the rest of the epic bout.

3) Indy will be kicking itself coming up short in a game in which it moved the ball up and down the field, dominated the clock, and had a chance on the final possession. Outside of the fourth-down miss near the goal line, Indy also missed a field goal, struggled to get a second-half stop and botched red zone opportunities. As they have all season, the Colts struggled to punch the ball in the end zone when they had their shot. Indy went 2-of-5 converting red zone chances into TDs. Coming in, Reich’s club wanted to run the ball, control the clock, move the chains and keep Allen on the sidelines. Indy executed that plan expertly through the first three quarters, but an inability to punch the ball in the end zone left the Colts floundering. Between their final drive of the second quarter and opener of the third, the Colts went 115 yards on 22 plays, with six first downs, eating up 11:55. They got zero points on those drives. Rivers played well for much of the bout, helping move the chains and taking his shots when available. A few missed passes — including one well behind Pittman in the third quarter — will have the veteran shaking his head Sunday. There were opportunities for the Colts, who just didn’t take advantage early. When they needed points late, Rivers drove them down the field for two quick fourth-quarter chances. On all nine of their non-kneel possessions, the Colts got into Bills’ territory, putting up 472 yards on 76 plays, but put up just 24 points. Once again, Rivers and Co. came up short with the game on the line.

1) The Rams remain perfect under Sean McVay when leading at halftime. L.A. sprinted out to a 20-10 lead at the break and pulled away in the fourth quarter thanks to a defense that smothered Seattle, holding the Seahawks to 28 net yards on their first five second-half possessions as the Rams built a three-score lead. L.A’s offense pounded the rock, and Jared Goff avoided the catastrophic mistake as the Rams took the season’s rubber match. Goff took over on the second drive of the game when starter John Wolford took a shot to the head by Seahawks safety Jamal Adams﻿. Wolford suffered a neck injury on the play and later was taken to the hospital for precautionary reasons. Goff recently had three pins inserted into a broken thumb suffered against these Seahawks in Week 16. At times you could tell the QB was playing with a broken digit, with the ball wobbling and fluttering out. Completing 9 of 19 passes, for 155 yards and a TD, Goff wasn’t efficient. But no one should have expected him to be, considering the circumstances. You have to credit the signal-caller for gutting through the situation and sending his team to the Divisional Round. It’s impressive he was able to play at all. The question moving forward is how Goff’s thumb reacts and Wolford’s health after the crushing hit. McVay told reporters after the game

2) Facing a team whose starting quarterback was sent to the hospital, it’s backup playing with a barely functional throwing thumb, and top defender (﻿Aaron Donald﻿) sidelined most of the second half with a rib injury, Seattle laid an egg. The Seahawks offense got mauled by a great L.A. defense. Russell Wilson was befuddled, under pressure, and he missed passes left and right. The Seahawks’ passing game got next to nothing done outside of broken plays, and there was zero flow and less cohesiveness until the contest was out of reach. Wilson finished 11 of 27 for 174 yards, two TDs, and he threw a game-changing pick-six in the first half. The offense, which had struggled for weeks to move the ball consistently fell apart in the postseason. Seattle compiled just 278 total yards, 11 first downs and didn’t record a first down on seven of 14 possessions. What was once a promising season for Wilson deteriorated. Fittingly, the Seahawks season ended on Wilson’s fifth sack of the day.

3) Cam Akers plowed through Seahawks defenders, spurring an offense stuck in the mud. With L.A.’s offense unable to do much through the first quarter and a half, Akers took over. First, it started with a 44-yard catch and run that led to the Rams’ first offensive touchdown. On that scoring drive, Akers compiled 69 of L.A.’s 75 net yards. The rookie runner gashed through Seattle defenders, at one point making the ever-reliable Bobby Wagner whiff in the hole. Akers earned 131 rushing yards on 28 carries with a score and added two receptions for 45 yards. Akers’ 176 scrimmage yards were more than half the Rams’ 333 total yards. When healthy, Akers is a difference-maker in McVay’s offense. Playing alongside an injured QB, Seattle knew Akers was getting the rock and still couldn’t stop the RB.

1) Age is, undoubtedly, but a number for at least one NFL player. ﻿Tom Brady﻿ became the oldest player to throw a postseason touchdown pass in NFL history Saturday, throwing his way past ﻿George Blanda﻿ (who did so in 1970) with his 36-yard completion to ﻿Antonio Brown﻿ to open Tampa Bay’s touchdown-scoring efforts on the night. His second touchdown pass established what would essentially prove to be a futile tail-chasing for the Washington Football Team, which repeatedly drew within a possession of Tampa Bay but never could get over the hump. The reason is simple: Brady kept them at bay with his arm. After ﻿Taylor Heinicke﻿ led an impressive and efficient touchdown drive, Brady responded with a perfectly placed strike to ﻿Mike Evans﻿ for a gain of 35, putting the Buccaneers in Washington territory with emphasis. Though they settled for a field goal on the drive, the throw and possession punctuated the Bucs’ greatest strength on Saturday night: The composure and delivery of Brady. The veteran was excellent when free from pressure, completing 14-of-26 passes for 238 yards, two touchdowns and a rating of 110.7, and he was nearly as effective when under duress, finishing with a line of 8-of-14 passing for 143 yards and a 92.3 rating when Washington registered a pressure, per Next Gen Stats. It’s long been known the best way to beat Brady is to get in his face and make him uncomfortable, but his quick decision-making and experience proved to be greater than anything Washington threw at him, even after sacking him three times. As has been the case for most of this season, the Buccaneers are only as good as Brady. On Saturday night, they were excellent with the ball in their control.

2) Brady is armed with a stellar receiving corps, and it’s a group that has only grown stronger in the last month. Brown continued his gradual climb Saturday night, catching two passes for 49 yards and the aforementioned touchdown, and rushing one time for 22 yards. His contributions make Tampa Bay’s corps deeper and much more dangerous, going from a group that causes opponents to dedicate resources to stopping Evans and ﻿Chris Godwin﻿, to one that forces defenses to try to stop three effective receivers (plus ﻿Rob Gronkowski﻿) all at once. Tampa Bay has issues defensively that were exposed Saturday night, but its offense is good enough to keep pace with better opponents at bare minimum. With Brown steadily improving, the Buccaneers have a passing game that can run with the best in the league, and it appears to only be getting better as we get deeper into the postseason.

3) Heinicke shined on Saturday night and might attract some serious interest in the offseason based on his limited sample size from 2020. The backup was called into action once it became clear Alex Smith wouldn’t be able to go, and he capitalized on the opportunity, completing 26-of-44 passes for 306 yards, a touchdown and an interception. What was most encouraging about the former Old Dominion and XFL passer was how he got better as the game progressed. Faced with an 18-7 deficit, Heinicke did not fold, leading efficient scoring drives to pull Washington within as few as two points late in the third quarter. His fearless dive for the pylon lit the internet on fire and injected Washington with a significant dose of belief, helping Washington make this one a close contest to the final minutes of action. For the majority of the game, Heinicke was composed in the pocket amid pressure manufactured by Buccaneers defensive coordinator Todd Bowles, hitting open targets and keeping a previously sleepy Washington offense awake and moving. Though Bowles’ late blitzes ultimately did Washington in, Heinicke earned a load of admirers with his efforts Saturday night, and made Washington’s quarterback situation interesting going forward. 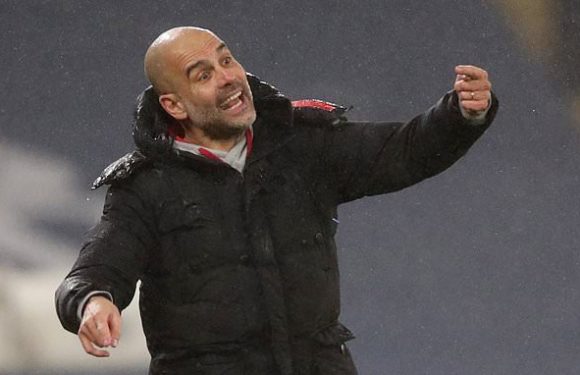 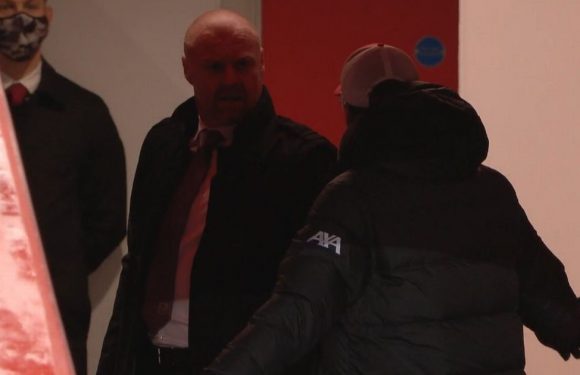 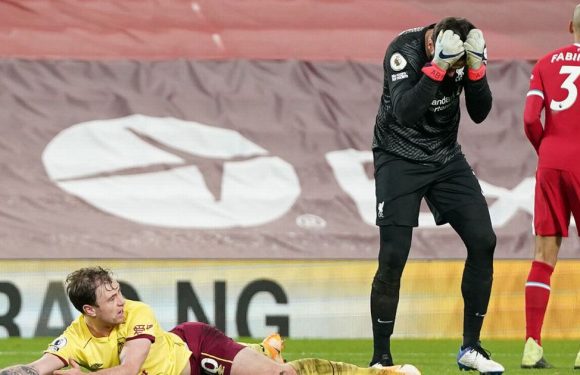