Connecting the dots on the Sam Darnold trade implies the New York Jets are once again starting over at the quarterback position.

General manager Joe Douglas did nothing to debunk that theory on Tuesday while discussing the team’s deal with the Carolina Panthers.

“I think that’s a fair assessment based on the decision we made (Monday), you can kind of see the direction we’re heading,” Douglas said Tuesday. “When it comes to (trading) pick two obviously never say never. As I’ve said to you guys in the past, I’ll always answer the phone if it’s ringing.”

New York have multiple first-round picks and three of the top 35 picks in the 2021 draft, but a reset at quarterback is the headline news for the Jets. 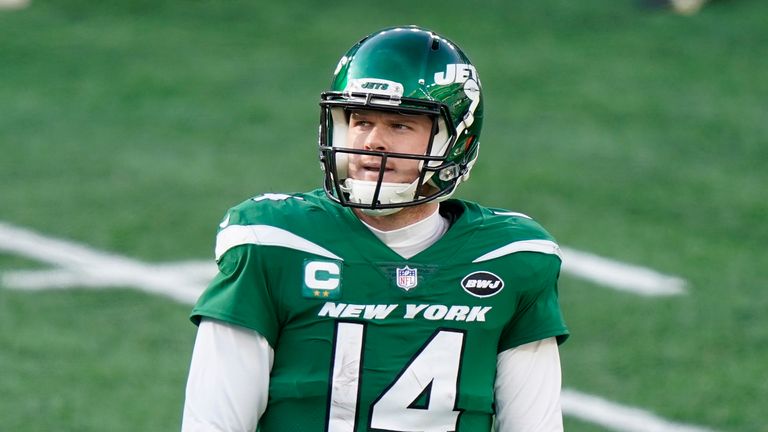 Darnold, picked third overall in 2018 by then-GM Mike Maccagnan, is expected to be replaced by BYU’s Zach Wilson, the presumptive No 2 pick after a breakout junior season.

The uncertainty around the Jets’ direction melted away with the Darnold move and the likelihood of quarterbacks being the top two picks increased. Jacksonville hold the No. 1 pick and is locked in on Clemson’s Trevor Lawrence.

Taking a quarterback in the top four for the second time in four years is unprecedented. No team has done it in the modern draft era (since 1967).

Douglas said if the Jets were drafting “a little later” in the first round, holding onto Darnold would have been a serious consideration. He’s owed $23.6m over the next two seasons as part of his rookie contract.

“We felt ultimately at the end of the day this was an opportunity to hit the reset button financially, so to speak,” Douglas said.

Wilson would become the Jets’ fifth quarterback drafted in the first two rounds since 2009, including Darnold, Christian Hackenberg, Geno Smith and Mark Sanchez.

With the exception of the most recent selections of defensive lineman Quinnen Williams (2019) and offensive tackle Mekhi Becton, the Jets have either released or traded every first-round pick since 2013 before they reached a second contract.