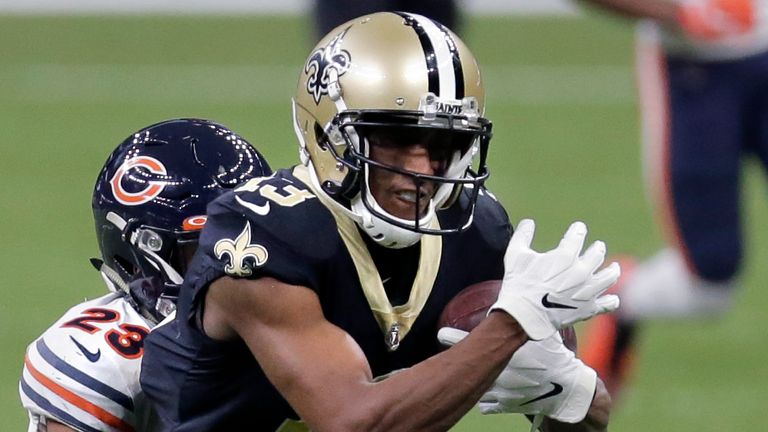 NFL Network said Friday that Thomas “could be on the sideline for weeks” to start the season while continuing his recovery from offseason surgery.

The recommended rehab period following his June operation to repair ligaments in his left ankle is four months, per the report.

After setting an NFL single-season record with 149 receptions for a league-leading 1,725 yards in 2019, Thomas got hurt in the 2020 opener and wound up catching just 40 passes for 438 yards and zero touchdowns in seven games.

Michael Thomas' best play from every game in 2019!

He played in two postseason games, but did not record a reception on his four targets in a 30-20 divisional playoff loss to the visiting Tampa Bay Buccaneers. It was the first game of his five-year career without a catch.

A three-time Pro Bowl and two-time All-Pro selection, Thomas has 510 receptions for 5,950 yards and 32 scores in 70 games since the Saints drafted him in the second round in 2016.

His absence would be a serious blow to the offense as the Saints transition from the Drew Brees era. Jameis Winston, Taysom Hill and rookie Ian Book are the quarterbacks on the roster heading into training camp next week.