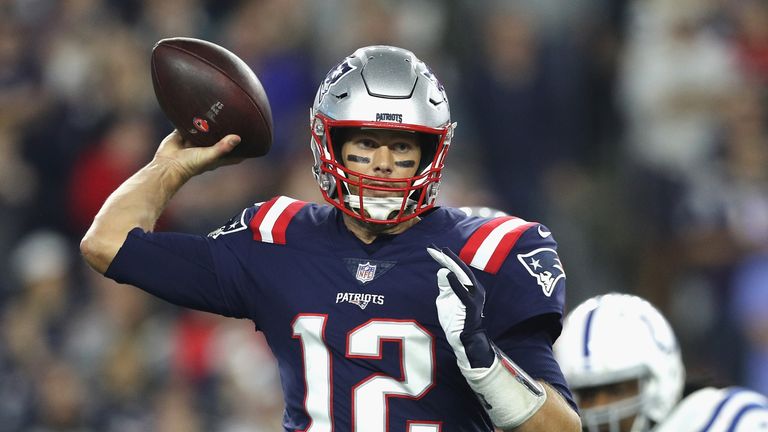 Week Seven in the NFL wraps up with a Monday Night Football match-up between the New England Patriots and the Buffalo Bills, exclusively live on Sky Sports Action and Main Event from 12am. Here’s what you can expect…

The Patriots (5-2) enter as one of the NFL’s hottest teams and coming off a four-game win streak. After early-season woes, they’ve dominated offensively in those wins, averaging over 39 points.

Julian Edelman’s return from suspension has only helped the cause – as has the development of newly-acquired wideout Josh Gordon – for a team that looks back to their Super Bowl best. As long as Tom Brady continues to play at his MVP level, they are contenders.

It is all about the quarterbacks for Sean McDermott’s side, as Week One starter Nathan Peterman lasted 18 passes before he was yanked, rookie Josh Allen has been extremely inconsistent (as expected) and they decided to pick up Derek Anderson rather than go back to Peterman after Allen suffered an elbow injury.

The defense has shown signs of life, but it has not been good enough to make up for the lack of attack.

Patriots intermediate targets vs Bills linebackers: James White, Julian Edelman, and Rob Gronkowski. With these three on the field at the same time, the Patriots are almost impossible to stop offensively.

Buffalo’s linebackers have drawn praise this season, making big plays to keep them in the closer games they have been in, but Matt Milano, Lorenzo Alexander, and rookie Tremaine Edmunds will have their hands full covering Brady’s mid-range weapons. 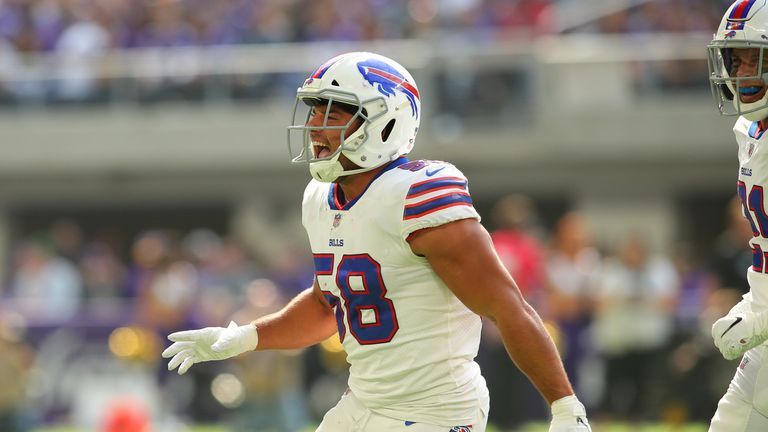 The visiting Patriots have their fair share of weapons, including the aforementioned White, Edelman and Gronkowski. But we should enjoy every moment watching Brady, who at 41 is playing some of the best football of his career.

The newly-acquired Gordon has been a difference-maker for New England but is listed as questionable for the game (hamstring). Assuming he is healthy and involved, expect him to add another element to the Pats’ O.

Buffalo’s secondary – in particular, corner Tre’Davious White – will need to play at a high level. They are capable of covering well and coming up with big plays.

But the offense will need to generate points and big plays to stay in the tie. LeSean McCoy was in the concussion protocol this week and is not having his finest season, but is capable of making any defender miss at any time. The Bills need improved play from wideouts Zay Jones and Kelvin Benjamin.

Watch the New England Patriots at the Buffalo Bills on Monday Night Football, live on Sky Sports Action from 1am on Tuesday morning.