Home » NCAA Tournament bracketology: Duke vaults onto bubble, into the projected field of 68

The Duke Blue Devils have used the past two games to play themselves into the projected field of 68 after their postseason  was in jeopardy just a week ago.

Saturday's Quadrant 1 victory over then No. 8-ranked Virginia vaulted Duke back onto the bubble to resuscitate the blue-blood program's NCAA Tournament aspirations. Then on Monday, the Blue Devils cruised to a 85-71 win over fellow ACC bubble team Syracuse.

Uniquely, it's Syracuse's place in the forecasted field that Duke is taking as the "last team in."

It's been a whirlwind season for this Duke team that was the preseason No. 8 team in the Ferris Mowers Coaches Poll. Coach Mike Krzyzewski announced the departure of five-star freshman Jalen Johnson last week and while that might've seemed like the nail in the coffin, instead the Blue Devils have surged  and found their identity just at the right time as March nears.

The Blue Devils (11-8, 9-6 ACC, 47 NET) have won four in a row, but they face a murderer's row of games to close out the regular season — hosting Louisville on Saturday and then drawing Georgia Tech and North Carolina on the road. Those are all opportunities to improve their chances of hearing their name called on Selection Sunday.

Selection Sunday is March 14. The NCAA Tournament tips off March 18.

ON THE RISE:  Florida State jumps into top 10 in Ferris Mowers Coaches Poll 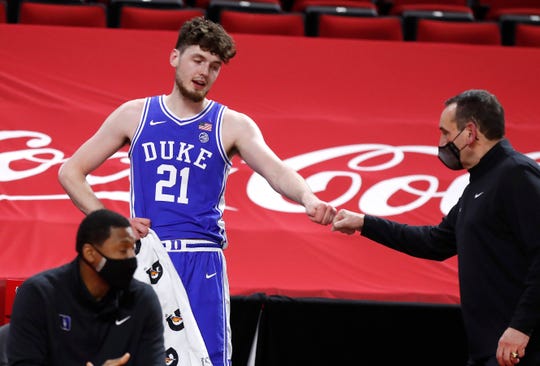 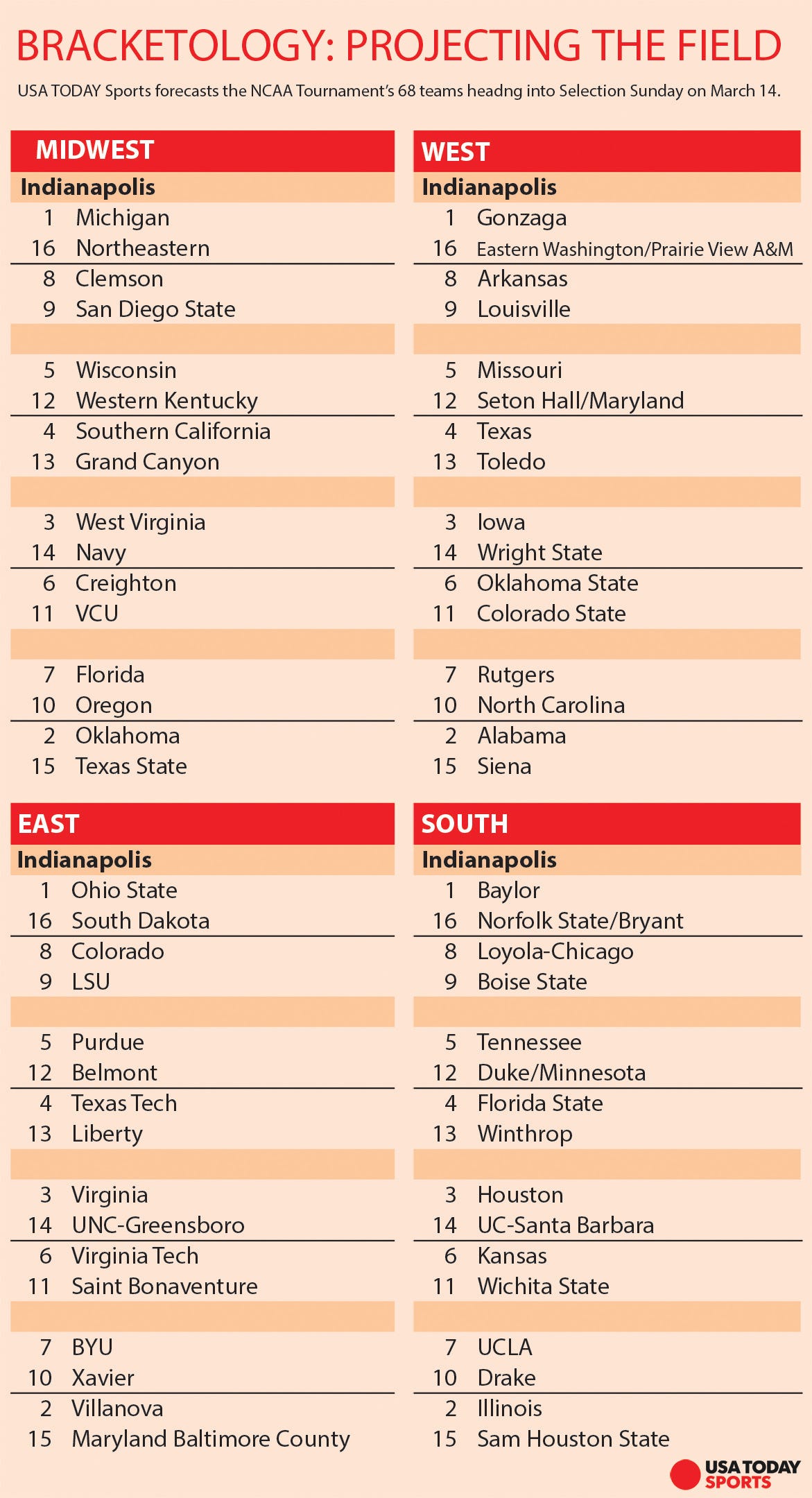 Note: Most statistical data is used from WarrenNolan.com. The NET rankings (NCAA Evaluation Tool) also are a reference point.

About our bracketologist: Shelby Mast has been projecting the field since 2005 on his website, Bracket W.A.G. He joined USA TODAY in 2014. In his eighth season as our national bracketologist, Mast has finished as one of the top three bracketologists in the past seven March Madnesses. He’s also predicted for The Indianapolis Star, collegeinsider.com and is an inaugural member of the Super 10 Selection Committee. Follow him on Twitter @BracketWag.