Kansas City Chiefs star Clyde Edwards-Helaire opens up on the heartbreak of losing his first Super Bowl, the ‘shock’ at being taken so early in the 2020 NFL Draft and who he would select from this year’s rookies

Clyde Edwards-Helaire went from college national champion to the Super Bowl champions a year ago, but his rookie NFL season will forever be tainted by disappointment.

Edwards-Helaire went from LSU to the Kansas City Chiefs with the 32nd overall pick – the first running back off the board last year.

With Super Bowl LIV hero Damien Williams sitting out the season to take care of his mother who was diagnosed with cancer, Edwards-Helaire was handed a starting role. 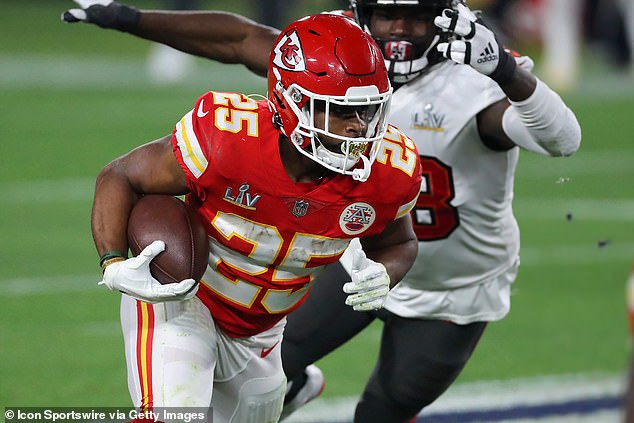 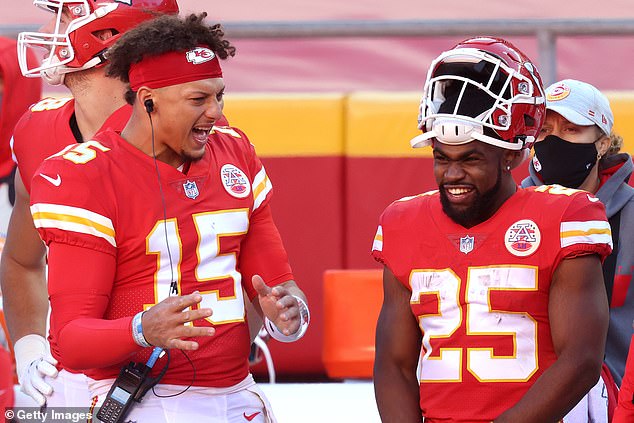 He played 13 games for over 1,000 all-purpose yards while scoring five touchdowns. But his season was derailed by injuries to his hip and ankle suffered in a week 15 win over the New Orleans Saints.

Edwards-Helaire, 22, returned for the AFC Championship and he played during the Super Bowl defeat against the Tampa Bay Buccaneers.

Asked how he will remember his rookie season, Edwards-Helaire replied: ‘It’s a bad way to think about it, but losing the Super Bowl.

‘That’s my last memory and you can think about the highs and the lows, but for me that was like the ultimate gut-punch.

‘You feel like you’re doing everything right. I was thinking my season was over with, then I did everything I could to get back on the field, be out there and win a Super Bowl.

‘I was fortunate enough to be out on the field, but we couldn’t get the job done. So for me, my rookie season is in my mind as like a fire-starter.

‘It’s something that’s already given me a bit of edge, so I’m ready to compete.’

The Chiefs were unable to go back-to-back for many reasons. The incident involving linebackers coach Britt Reid the Friday before the game – Reid, son of head coach Andy crashed his car into another stationary vehicle while intoxicated, hospitalising a five-year-old child – was surely significant. 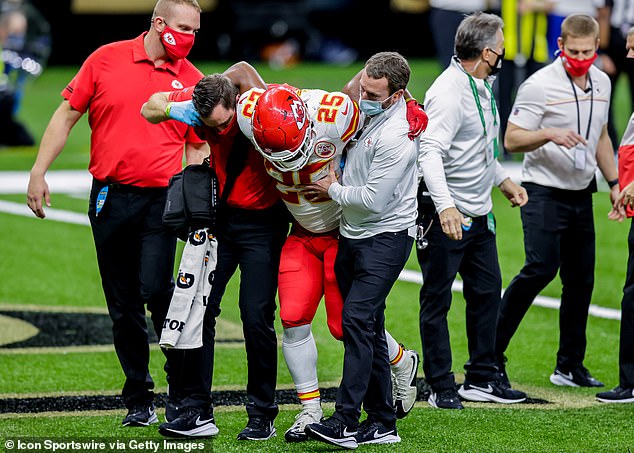 But another key factor was their makeshift offensive line. Kansas City have released tackles Eric Fisher and Mitchell Schwartz, bringing in Orlando Brown from the Baltimore Ravens to protect the blind side of Patrick Mahomes.

Edwards-Helaire greeted the arrival of Brown – an excellent run blocker – with approval.

‘I haven’t talked to him personally yet. As soon as I got the news, I sent out a tweet – I feel like that’s the way everybody communicates nowadays – “Oweeee” with some eyes.

‘I’ve been a fan of Orlando and seen him play, I mean we played against them. As far as being a dominant, dominant offensive tackle, the proof is in the pudding. I mean he displayed it every Sunday every Monday, or Thursday. I’m excited to get a chance to meet him and even more excited to play with him.’ 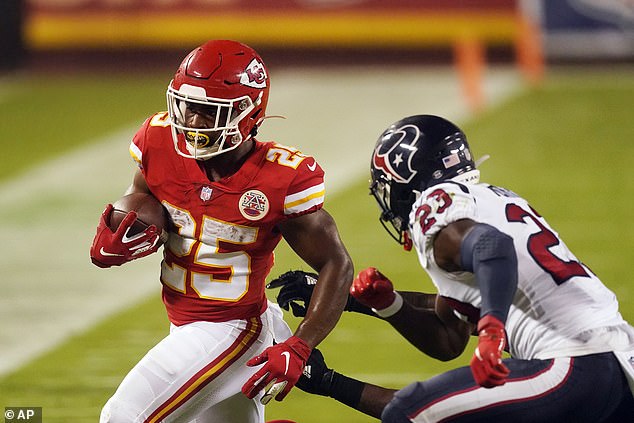 He played 13 games for over 1,000 all-purpose yards while scoring five TDs in his rookie year

‘In my mind I was really just fortunate enough to feel like I even had an opportunity to get drafted.

‘I only played really one full year as a starter in college, so it was all a whirlwind to me.’

After seeing his college team-mate Joe Burrow picked No 1 overall to the Cincinnati Bengals, Edwards-Helaire was stunned to hear his name called at the end of the first round.

‘I was already preparing for the next day! I was fortunate enough to watch the guys that I played with go first round and watch numerous guys get drafted, and that was pretty much my plan for day one.

‘I was waiting on day two. That was the reason everything was so shocking, it took me by surprise,’ he told UK media on a Zoom call on Tuesday. 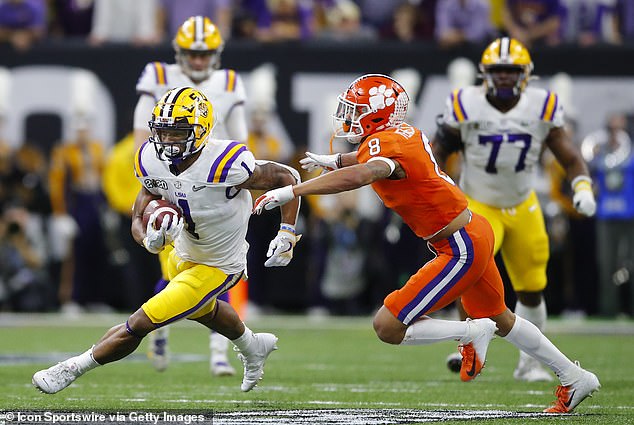 And with the Chiefs set to pick on the second day – they sent the 31st pick overall to Baltimore as part of the Brown trade – Edwards-Helaire was asked who he would choose if he was handed the pick of the talent.

With Clemson quarterback Trevor Lawrence a shoo-in to be the first name called out, Edwards-Helaire took a more diplomatic route, opting for a former LSU team-mate.

‘I am AOK with Pat and where we are! If I had the first pick in the draft, I’d probably go get my homeboy, go get Ja’Marr Chase.’

Watch all three days of the 2021 NFL Draft unfold on Sky Sports NFL, April 29-May 1, starting with live build-up to day one at 8pm on Thursday, April 29 with the first picks expected to be made just after 1am.