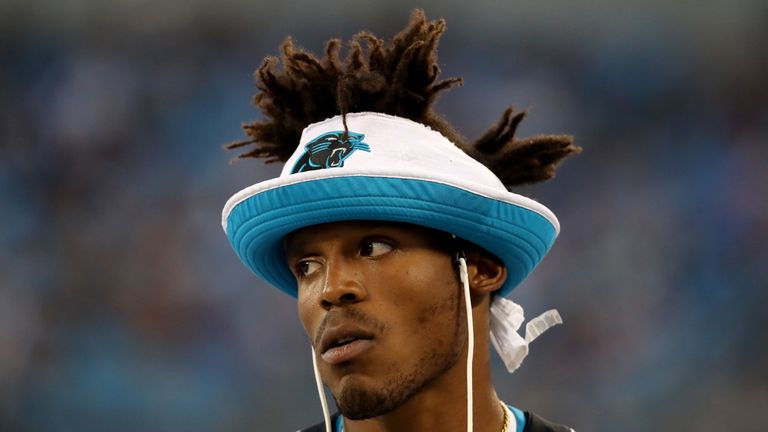 Carolina Panthers coach Ron Rivera says there is ”there is no timetable” for the return of quarterback Cam Newton, who is in danger of missing the season opener against the Los Angeles Rams.

Newton left the Panthers’ Thursday night preseason game at New England Patriots late in the first quarter with a left-foot injury, and is a serious doubt to face the Rams on September 8.

The 30-year-old was hurt when he was sacked after scrambling in the pocket during his third series of the game. He limped off the field and trainers looked at his foot on the sideline before taking him back to the locker room.

The team announced shortly afterwards he would not return and he left the stadium after the game in a walking boot. Panther’s general manager Marty Hurney had expressed hope Newton will play in the opener, but Rivera refused to go that far, only declaring he is “cautiously optimistic” the quarterback will soon be on the practice field.

“There really isn’t any timetable, but we’re going to do everything we can to make sure it’s right and ready to roll,” Rivera said after Saturday’s practice.