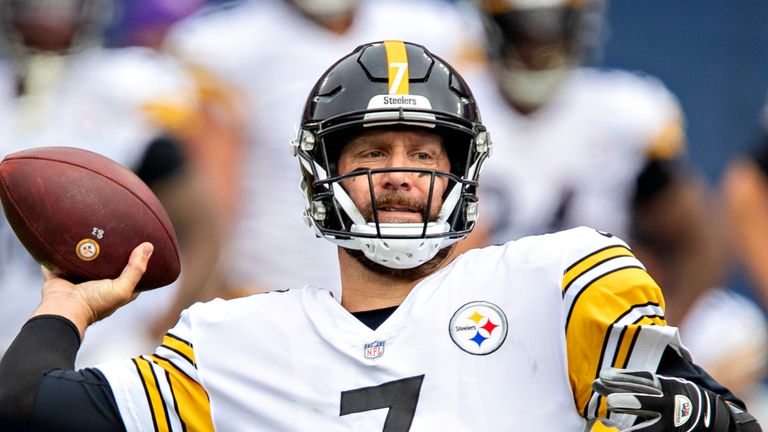 Pittsburgh Steelers quarterback Ben Roethlisberger is among four players that have been activated from the COVID-19/reserve list.

Roethlisberger, offensive lineman Jerald Hawkins, running back Jaylen Samuels and linebacker Vince Williams were all placed on the list after tight end Vance McDonald tested positive for COVID-19 on Monday.

All four are now eligible for Sunday’s home game against the Cincinnati Bengals after continuing to test negative and avoiding the development of symptoms for five days.

However, the team has been forced to put rookie guard Kevin Dotson on the COVID list meaning he will be unavailable for the game with safety Antoine Brooks Jr. elevated from the practice squad.

Roethlisberger has passed for 1,934 yards and 18 touchdowns against four interceptions as the Steelers remain unbeaten (8-0) this season.

While isolating the 38-year-old attended virtual meetings and training and is more than ready to return.

“I watched every play of practice, but you just watch it on your iPad at home so you don’t get to hear all those things. It was definitely a lot different than anything I have experienced before.”

Coach Mike Tomlin said the Steelers would go through an expanded walkthrough on Saturday to help Roethlisberger prepare.

“If he comes off of the protocol, we are going to have an extended walkthrough… just to give him an in-helmet perspective on some of the situational things, to put the finishing touches on our work, to allow him to work with the eligibles that he will work with in-game, to have any necessary informal conversations that allow us to have a level of comfort as we push into play,” Tomlin said.