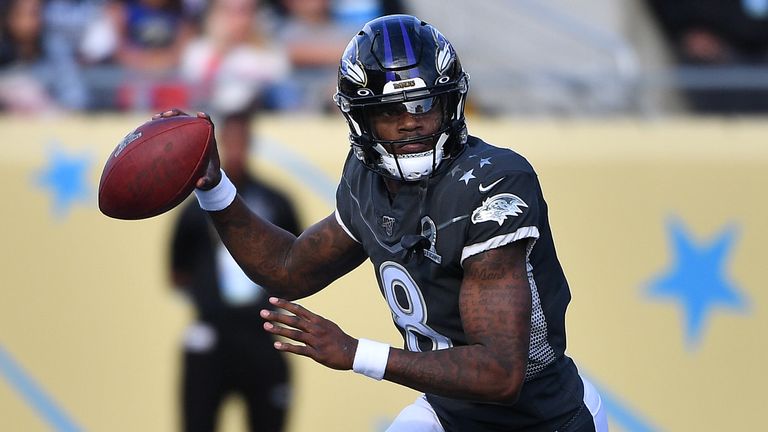 Lamar Jackson and the AFC beat their NFC opponents 38-33 in the 2020 Pro Bowl in Orlando, Florida.

To no one’s surprise, Saints duo of Drew Brees and Michael Thomas – who have connected for 32 touchdowns for New Orleans in their four years together – opened the scoring with a 16-yard TD in the middle of the field. Lamar Jackson – who was heavily involved in the first half with 16 completions on 23 passes with two TDs and one pick – found Andre Roberts from five yards out to tie up the game at 7-7, before Russell Wilson restored the NFC lead with a six-yard score to Amari Cooper.

Jackson’s second TD came in the form of a three-yard, fourth-down effort to his Ravens’ tight end Mark Andrews, before Deshaun Watson found AFC South rival Jack Doyle for 13 yards to put his side in front. Justin Tucker extended the AFC lead to 24-14 with a 50-yard field goal before the half. 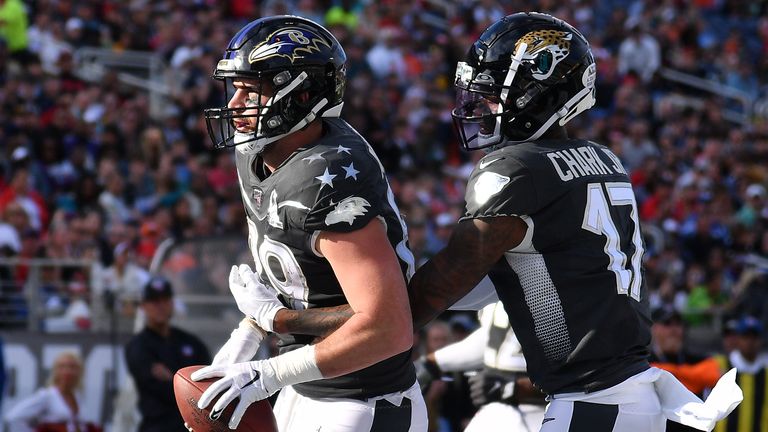 The most crowd-pleasing moment came midway through the third quarter.

Harrison Smith intercepted Deshaun Watson at the NFC three-yard line, made his way 36 yards down the sideline before flipping to 310-pound Philadelphia Eagles defensive tackle Fletcher Cox, who rumbled 61 yards to the end zone, holding off Courtland Sutton’s feeble tackle attempt as the NFC sideline erupted.

A Vikings-Packers connection put the NFC in front as Kirk Cousins fired inside to Davante Adams for a 13-yard TD, before Ryan Tannehill’s first throw was taken 60 yards to the house by the speedy DJ Chark.

A trick-play attempt turned sour as Ezekiel Elliott’s jump pass was intercepted by Joe Haden, before Tannehill’s second pass of the night was picked off by Packer Za’Darius Smith.

TJ Watt returned the ‘defensive touchdown’ favour, as Calais Campbell sacked Kirk Cousins, forced the fumble and the Steelers’ pass-rusher returned it 82 yards for the score and a 38-27 lead to start the final quarter.

Cousins and Adams connected again midway through the fourth with a four-yarder to cut the deficit to five, before the AFC ran out the clock.

Soccer
EXCLUSIVE: Clubs may turn their back on the FA Cup
WWE News