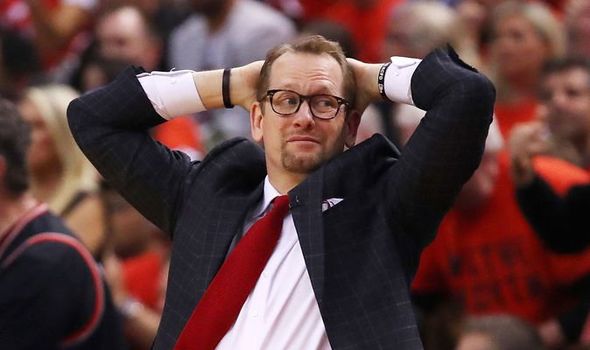 Toronto headed into last night’s crunch-clash knowing that victory would crown them NBA champions for the first time in the franchises’ history.

In front of their home fans at the Scotiabank Arena, game five of the NBA Finals was going exactly to the script as the Raptors led by six points with three minutes left on the clock.

Star man Kawhi Leonard was making a long stretch down the court when Nurse called a questionable timeout.

The break gave the Warriors an adequate period to regroup and launch a late surge to flip the game on it’s head.

The defending champions went on the record a 106-105 victory in the dying embers to keep their Championship hopes alive.

And Toronto fans were furious with their boss after the match.

“WHY THE F**K DID NICK NURSE CALL THAT TIMEOUT,” one supporter wrote on Twitter.

While another added: “The coached f**ked us up. He called for the TO when we were in a good shooting series! 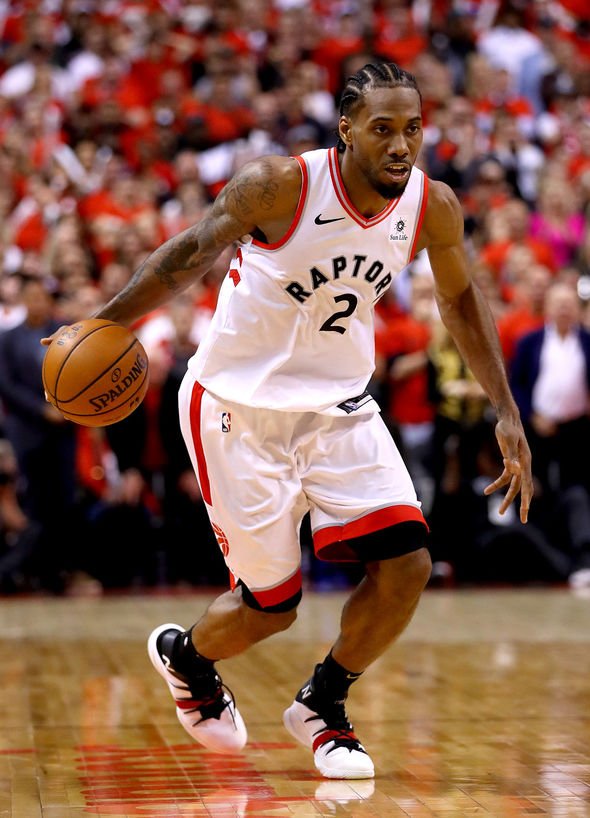 “Just can’t believe that he did it! If GSW wins the title, say thanks to Nick Nurse.”

A further person wrote: “Just watched the 3 minute period again leading to that Nick Nurse timeout, what was he doing, that was the Championship there and then, the Warriors were all over the place and Kawhi was having his way.

“Boy, that could be so huge.

And another user commented: “I woke up this morning still thinking what hell did nick nurse call a time out.” 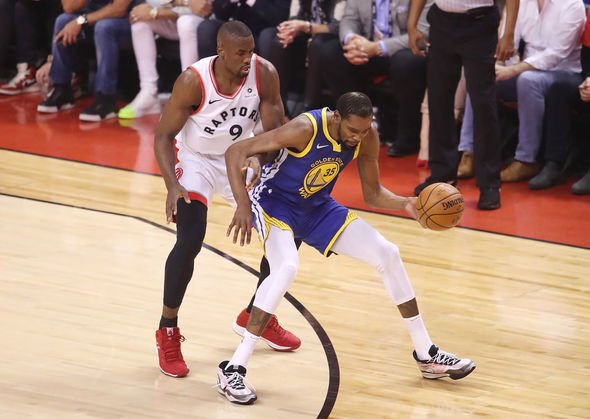 Even top NBA pundits like Stephen A Smith were critical of the decision.

“Damn! What a shocker that game was. Gotta point to Nick Nurse on that one!,” he tweeted.

Nurse attempted to explain why he called for the timeout after the defeat.

“We came across and decided to give those guys a rest. We thought we could use the extra energy push.”